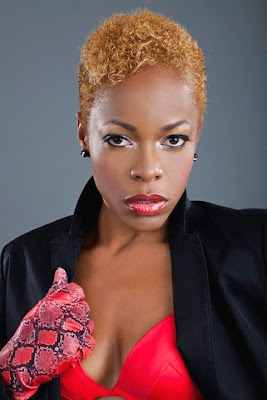 RED HOT: Davis keeps the fire ablaze in her work life.
Soaring to new heights seems to be Aisha Davis’ new mantra, judging by the positively eventful year the singer-actress has been having in her professional life, topped by a packed summer of overseas concerts and other music-related commitments. “I have a lot of overseas shows doing right now,” the busy mother of one confirmed on the weekend. “I just got back from one performance yesterday, and I will be leaving again on the 21st.”

But this purple patch has not been without sacrifice for Davis. She had to give up a starring role in the upcoming 50s musical Last Call due to scheduling conflicts. “There are some clashes with my overseas dates so I had to give it up,” said Davis, who has since been replaced in the role by Sakina Deer. Last Call opens July 29 at the Philip Sherlock Centre, UWI Mona. Davis, whose stage credits include No Compromise and Dreamgirls, says she intends to return to the stage when a new opportunity comes knocking.