KEIRAN KING riffs on the creative process, the lure of musical theatre and where he’s headed next 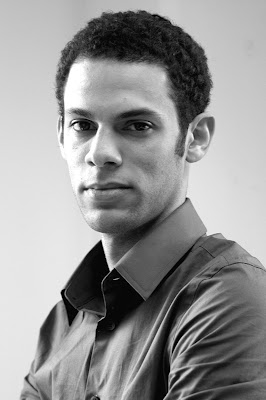 REGAL AMBITION: "I hope to create magic with this musical," says King.
Is Keiran King a Jamaican Woody Allen in the making? Only time will tell. But with this month’s nostalgic musical Last Call already whipping up early buzz in favour of his aptitude as an emerging playwright and director, things seem to be set on a promising plane. King speaks with TALLAWAH:

TALLAWAH: Much anticipation surrounds Last Call. Why is it worth the buzz?
King:I think the play is something that has never been seen before on stage in Jamaica, the quality of it. You can go to any major city in the United States and see this kind of work, but not many Jamaicans would be familiar with it, especially those below the age of 30.

TALLAWAH: What in particular will audiences find remarkable about the musical?
King: One of the things people will experience involves seeing an aspect of Jamaican history come alive in front of them. This is a period [the late 40s, 50s], leading up to Independence, that has practically disappeared from the arts in Jamaica. So it’s exciting for me to create the visual and other elements to help the audience experience a part of that period.

TALLAWAH: What do you find most appealing about good musical theatre?
King: The kind of magic that the audience can experience when the music and the drama and all the other elements come together. There’s a sort of magic in the way that [a good musical] transports you that a straight drama or a straight comedy can’t do. I like those moments when it takes you away. I hope to create some of that atmosphere with this musical.

TALLAWAH: Share some of your all-time favourite films.
King: I am desperately in love with the golden age of Hollywood, so I enjoy classics like Swing Time, from the ‘30s, with Fred Astaire and Ginger Rogers. And I am big fan of those animated Pixar movies like Wall-E and The Incredibles. Those guys at Pixar are just really in love with the art of making movies.

TALLAWAH: Recommend a good book.
King: Currently I am reading a nonfiction work by Edward O. Wilson called On Human Nature, which helped launched the field of Evolutionary psychology. Fiction-wise, it’s the Erast Fandorin series [of detective novels] by the Russian Boris Akunin.

TALLAWAH: With Last Call you speak to friendships and history. What will your next play address?
King: I am actually in the middle of writing my next piece. It’s a marriage drama, a two-hander featuring a man and wife – and the crumbling of their marriage. It’s dialogue-heavy and will run for over two hours.