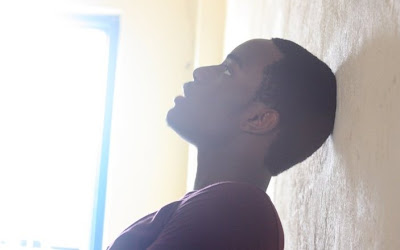 
For an actor barely out of his teens, Shayne Powell has demonstrated compelling capacity for serious drama. But later this month, the 21-year-old rising star will have to prove he can carry a tune and more in the ‘50s musical Last Call, opposite Maurice Bryan and Rishille Bellamy. He speaks with TALLAWAH:

TALLAWAH: The upcoming Last Call represents your first major showing in a musical. How are you handling the requirements so far? Powell: I’ve done musicals with Ashe, but I’ve never had a lead role like this. I was just saying to some friends the other day that musicals are the most challenging productions to do because you have to master the movement, choreography and the acting, and bring them all together. But so far I’m enjoying it a lot.

TALLAWAH: As the youngest member of the cast, are you at all intimidated by your more seasoned costars? Powell: I was when I first heard who the other members of the cast were, but the persons are quite nice, and I like the open and comfortable space of our working relationship. I get to share with them, and I’m enjoying the process. But it’s still a learning process for me.

TALLAWAH: Tell me about your character, Joseph. Powell: He has a strong passion and desire for love and a determination for what he wants. I think quite a few people who have been in love can relate to him, because I look at him and what he goes through and I can relate. He’s still pining for someone after 10 years. He’s been calling and calling, and he refuses to give up. People will enjoy seeing his journey.

TALLAWAH: What were you like growing up? Have you always been artistically inclined? Powell: Definitely. From as long as I have known myself, I knew that acting was what I wanted to do. And from basic school I’ve been entering [the JCDC Festival]. Where I am now I know I had to work hard to get there; making a name for myself has been a task. I’ve had to come from nothing to something, and I’m still working on it.

TALLAWAH: In your previous stage work, you come across as a budding Alwyn Scott. How do you feel about the comparison? Powell: I actually remember speaking to him about a production I was doing at the School of Drama. I had seen his performance in Art [by the University Players], and I had him in mind for my role in the production. There were things that I copied. I do agree that there are similarities in our acting styles.

TALLAWAH: Looking ahead, what is your long-term ambition? Powell: I have all intentions of being a full-time actor, but I know that doing that in Jamaica is challenging. But I know I can make it happen. I don’t plan to stay here forever; I want to go abroad and see what happens. 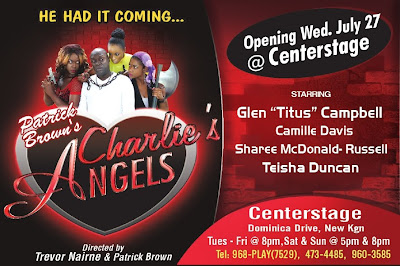