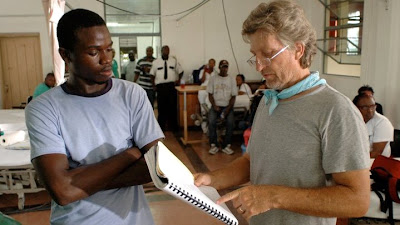 DIRECTOR'S CUT: On set, Browne (right) and Burton consult the script.
With his vivid filmmaker’s imagination and compelling eye for detail and real talent, Chris Browne uses his movies to tell stories that have the power to provoke, entertain and uplift. With his latest work, the upcoming Ghett’a Life, we find that the award-winning director and screenwriter is taking his ambition to new heights. He speaks with TALLAWAH:

TALLAWAH: There are those viewers who are bound to compare Ghett’a Life with your previous work on Third World Cop. What are your thoughts on the comparison?
Browne: With the first film, Third World Cop, it was more of a work-for-hire situation for me. I did it because I was given the opportunity to serve as director. If I had the power that would not have been my first film as a director. With Ghett’a Life you get a more serious movie dealing with serious issues in Jamaica, as opposed to Third World Cop, which had a lot of comedy. What is special about Ghett’a Life is that it’s a film about hope that is life-changing and about using your talent to find your way in the world.

TALLAWAH: You took a huge chance casting Kevoy Burton, a relative unknown with little experience, to anchor the film.
Browne: Finding the lead was the challenge because we had to get someone who could carry the film because Derek [the central character] carries the film. But I decided to take a chance on Kevoy, who is indeed a young actor with little experience. But I saw that there was something about him that the audience could cheer for, just as how they will cheer for Derek. He had something different from the others we saw in the auditions. And ultimately he did well, so I am proud.

TALLAWAH: What kind of impact do you hope Ghett’a Life ultimately achieves?
Browne: I hope that Jamaicans will come and see it and have discussions about it. Hopefully young people can be inspired to do what they think can make them better citizens without resorting to any form of crime that they may see around their community in the innercity. And maybe the film will give people inspiration to find what it is they want to get out of life. I hope it’s a film of change that’s also enjoyable and entertaining. 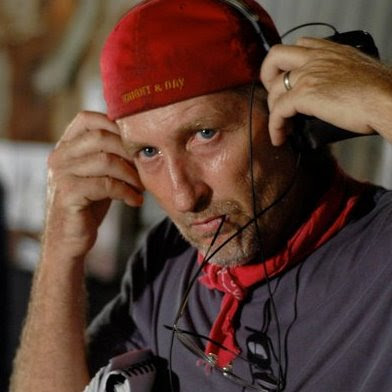 More:
>> A star is born: Kevoy Burton takes on boxing and the big screen