MUSIC OF THE SUN: Shaggy’s “Summer in Kingston” track by track 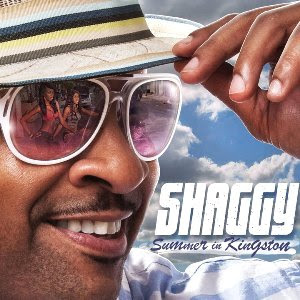 More than two decades in the music biz is enough to make anyone feel jaded. Not Shaggy. As far as his profile goes, the multi-platinum Jamaican star is revving the accelerator on his entertainment career, putting out a new eight-track album, Summer in Kingston, that’s a winning mix of new-age dancehall, vintage reggae influences and Latin spice served over a host of proper beats. A track-by-track review:

“Sugarcane”: The sly innuendo at the heart of this first-released single has all the ladies blushing, but, if anything, it’s the genuine island-paradise appeal (and fun-in-the-sun motif) that truly separates this tropical jam from the rest of the offerings of the season.

“Dame”: On this Latin-flavoured song (featuring feathery vocals from Celia), Shaggy channels his inner Don Juan, vowing to grant a lady love the romance sure to make her “melt away.”

“Feeling Alive”: Another highlight, from its life-affirming refrain to Assassin, er, Agent Sasco’s, brief yet memorable, cameo, the track captures what it means to be joyous and in love with life, flooding the listener with vim and positive vibes.

“End of World (Drink Up)”: This track is a hedonistic salute to the good times (“Let’s get drunk, smoke some blunts and partaaay…”) over slinky keys and understated drums.

“Soldier’s Story”: The album strikes a rare somber (not languid) chord on this cut, where Shaggy recounts a tale of struggle and survival grounded in guest performer Jaiden’s lingering, poignant hook.

“Fired Up (F—k the Recession)”: Set to a funky reggaeton beat, this is a playful, materialistic missive about getting on with the good life in spite of the economic distress that characterizes the times (“F—k the recession, I’m spending…”), referencing high-end labels like Gucci and Fendi.

“The Only One (Listen To Me)”: Steeped in vintage atmospherics, Shaggy tackles intimacy and commitment on this sly and sexy number ultimately elevated – by a stellar sax solo, no less – into something like a gem.

“Just Another Girl”: Reggae crooner Tarrus Riley contributes a familiar old-school swagger that melds easily with Shaggy’s new-age bravado on a track primarily aimed, once again, at the lasses. The song is a great, albeit short-lived showcase, for the dynamic pair. Tyrone's Verdict: B

What's the secret of the "Sugarcane"? The video might provide answers: