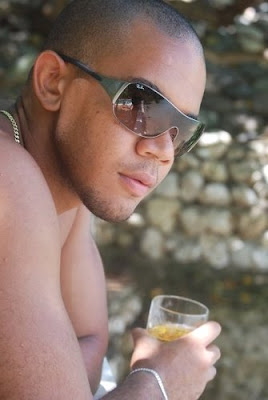 REAL TALK: Cuffe has trust and relationships on the mind.

Although he's no professional relationships expert, former broadcaster and man-about-town Michael Cuffe doesn't mind contributing a little sound advice every now and again. Cuffe, who is presently three months into his marriage to Rising Stars judge Tessanne Chin, recently authored a guest column (“Is Cheating Before Marriage Really Cheating?”) on mamachel.com, where he gave his two-cents on sex, marriage and infidelity.

With regard to pre-marital activity, he adds, “[On] marriage, many see the stages before as a precursor or ‘dry run’ to the actual thing. Therefore, what one does leading up to the marriage could be an example of what to expect in the actual marriage.”

And maintaining that line of reasoning, he notes, “My advice is: no matter what stage of the relationship you are in, including marriage, you must discuss the parameters with your partner. When in doubt ask first, not act first. Trust me, you’ll sleep a lot easier. Nothing is wrong with playing by ‘house rules,’ but then everyone has to understand them before the game begins.”