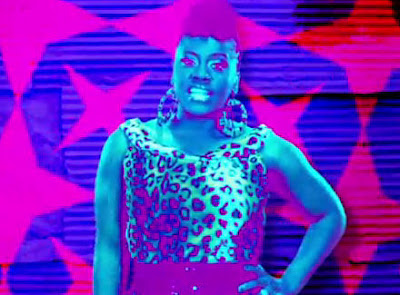 IN LIVING COLOUR: The singer kicks career into new gear.

If there’s one thing you can be certain of when it comes to Etana’s life in the spotlight, it’s that she’ll be consistently making major moves. Even as her 2011 sophomore record, Free Expressions, continues to thrill and captivate across the planet, the songbird has announced that she’s already at work on the follow-up, a feel-good sort of record that will showcase yet another side to her as a performer.

“It won’t be the usual. The next album is a very happy, party in the park feel. It will have you rocking and smiling,” says the 28-year-old songstress, who is busy touring the continents. “It’s compelling, gives you the vibe to jam on the corner, in your home or in your car. It’s a definite collector’s item.”

Having just recently formed a new professional alliance with the legendary Donovan Germain of Penthouse Records (with whom she has inked a management deal), Etana further reports that the veteran hitmaker will doubly serve as executive producer on the album, which is presently untitled. The record will arrive sometime in 2012. Addressing this latest career move, the singer’s camp says, “Etana sees the union as seamless, as she is no stranger to the veteran producer.”