ASAFA POWELL: Should the injured star athlete make the relays? 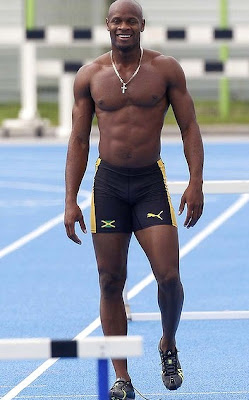 WORKING IT OUT: Powell at a training session in Daegu, South Korea.

Is Asafa Powell trying to pull a fast one?

The former world record holder has made it abundantly clear that a “groin injury” has ruled him out of competition for the individual sprints at this week’s World Champs. Ok, understood. But if the 28-year-old sprinter is admittedly not at his best physically – as further emphasized by his ever-reliable agent Paul Doyle – then please explain why Asafa is moving heaven and earth to participate in the upcoming 4 X 100 M relay, when the Jamaican contingent has able and willing non-injured sprinters on hand to get the job done.

The way I see it: an injured athlete belongs on the sidelines. Fit and able-bodied ones take the track. That, in and of itself, is the logical thing.

However, if Powell has been miraculously healed since making the announcement then he should be considered for the relay quarter, by all means. And from these telling training-session photos, that appears to be the case anyway. 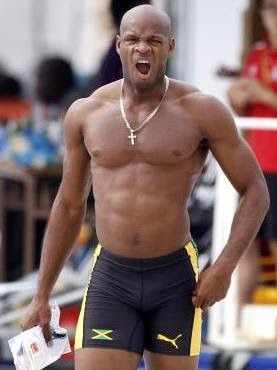 Posted by TALLAWAH Magazine (tallawahmagazine@gmail.com) at 12:41 am