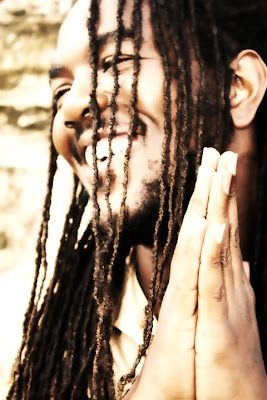 A MAN APART: Bay-C gives the 411 on his group T.O.K.
History has vividly demonstrated that when it comes to musical groups, dynamics tend to shift with time and problems will always surface within the fold. American bands Destiny’s Child, B2K and recently Kings of Leon offer fine examples. But it’s how the vexing issues are addressed that will ultimately determine whether the group survives the storm or crumbles. In the Jamaican context, the soldiers of the four-member dancehall group T.O.K have long been admired for their fearless delivery and terrific chemistry, but it would now appear that the matter of infighting had been bubbling below the surface all along.

Group member Craigy T’s recent announcement of taking an indefinite hiatus from recording with the others (Bay-C, Alex and Flexx) has drawn side-eye attention to the group, while raising strong questions about their future. “Well, it’s somewhat like a state of limbo right now,” says group leader Bay C, speaking with TALLAWAH via telephone earlier this week.

According to the deejay, well known for the deep bass that characterizes his performances, the current challenges facing T.O.K can be chalked up to deep-seated frustration about the direction of the group that has finally manifested – and publicly too. “I would say there was a level of frustration in everybody because each person might have a different idea for a song that we are recording, and I might feel that your idea is a bad one for the group, and you think that I am fighting down your views,” he explains. “So the sharing of ideas and the compromise has been a problem for a long time, and I think that is what frustrated Craigy T. He wants creative freedom.” 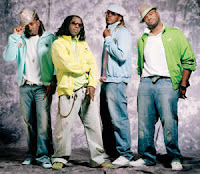 For a dancehall band that has released more than three solid albums and countless smash singles – and are looking at a 20th anniversary milestone on the horizon (November 2012) – it’s a difficult crossroads at which T.O.K now find themselves. “My general response to all this is that when you have a group of brothers who grow up under one roof, there’s going to come a time when you don’t agree on everything, and that leads to problems in the household. That is how I look at it,” Bay-C notes, while emphasizing that the group is comprised of four strong and distinctive personalities. “We are still a family. The friendship remains. We’ve been friends and a group for nearly 20 years now. But maybe it’s time that each brother steps out on his own. I think it’s just a natural progression.”

Going it solo is nothing foreign to Bay-C (Roshaun Clarke) and Craigy T (Craig Thompson), who have both put out well-received singles in the past as individual artistes. But producing hits through his Bombrush Records (Tarrus Riley’s “Shaka Zulu Pickney” is a notable success) is foremost on Bay-C’s list of current musical priorities. “For me, I am using this time to work on my production company,” he says. But when pressed, he makes it clear that, as a performance and recording outfit, things are not officially over for T.O.K. In fact, the group is on contract to release a new album via VP Records and is scheduled to hit the road for a tour in the coming weeks.

So how the brothers of T.O.K intend to navigate this rocky terrain is anyone’s guess. But as it stands, things remain unsettled in the camp. “We may have to change the way we do things,” Bay-C acknowledges. “It’s like a marriage, and now is like a time to evaluate and re-assess.”

Email ThisBlogThis!Share to TwitterShare to FacebookShare to Pinterest
Labels: Commentary, Is It That Serious?, MUSIC NEWS, TALLAWAH Exclusive