GIRL, INTERRUPTED: Camille Davis takes on her most provocative role yet 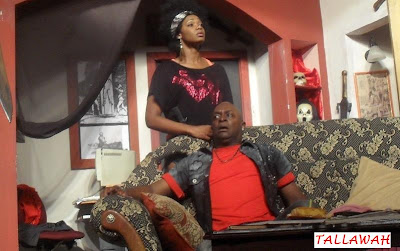 BABY, IT'S YOU: Davis creeps the hell out of costar Glen Campbell.

Some artists get so caught up with playing it safe that they never truly allow themselves to explore that dark place where the good work lies. So it’s quite refreshing that Camille Davis has nonconformist tendencies. For an actress still coming into her own, Davis’ high-spirited courage, gloss and appealing maturity remain thrilling to witness in action.

Displaying a mix of rage and heartache, Davis’ performance is transcendent in its fierce display of feminine cunning spiked by a vengeful streak. “She’s a young woman going through serious depression,” Davis says of Shanicka, who is intent on getting payback over how the prisoner, whom she had slept with, used and then refused her. “And it’s not just that she displays the symptoms, its deep depression. I wouldn’t say she’s psychotic, but there’s a little bit of it that’s evident. It’s a very complicated character.”

Having watched the clever and very funny comedy-drama, one would have to agree with Davis’ assessment. To that end, but not unlike her previous roles, it’s a portrayal that Davis says she toiled tirelessly to nail, ultimately bringing a palpable authenticity to the stage, opposite costars Teisha Duncan and Sharee McDonald-Russell. “[The role] has a lot of emotional ups and downs. It was even hard for me to shake the character after the rehearsals,” she admits. “I think people should be more understanding and sympathetic of people like that in our society.”

On a more personal level, the role allowed the actress (now in her mid-20s) to draw on experiences from relationships past. “Definitely, I was able to identify with the deception and pain [she went through], so I was able to draw on some of that,” she says. “There’s really a lot of similar trauma out there because there really are a lot of men out there who are like that.”

CHIT-CHAT: What else is Davis talking about:
*On being ready for projects outside theatre: “I am definitely always open to new ideas. As an artist, you can’t box yourself in.”

*Her pre-show rituals: “It depends on the character and the show that I’m doing. For [Charlie’s Angels], I listen to ‘hate-men’ music before I go on, a lot of internal music.” 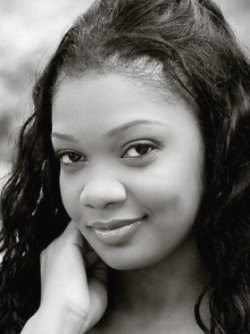