GIRL OF THE MOMENT: Lisa Williams' star is on the rise 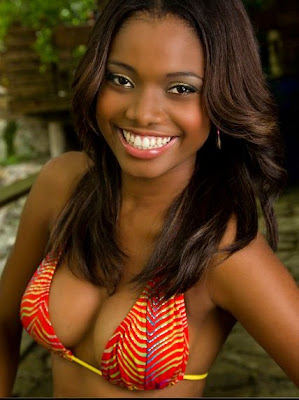 With a major role in the hit new Jamaican film Ghett’a Life and a spot as a finalist in the upcoming Miss Jamaica World pageant, Lisa Williams is absolutely one to watch. Basking in her newfound success while anticipating a slew of fresh projects, the disarming 22-year-old beauty dishes with TALLAWAH about how she’s been handling the whirlwind experience, finding inspiration in books, and her exciting future plans.

TALLAWAH: Describe the experience of being a part of Jamaican cinematic history as a cast member of Ghett'a Life.
Williams: It is a surreal experience, to say the least. I feel very privileged and humbled that the director saw something in me that represented what he wanted for the character and selected me to play the part. It’s almost unbelievable because it is a part of history, and years from now people will remember your role being on set everyday was, as clichéd it sounds, a dream come true. I loved working with my costars. And being able to work with veteran actors that I grew up watching provided me with so much knowledge about acting. I was soooo excited everyday when I went on set.

TALLAWAH: How did you land the role of Camella? What was the auditioning process like?
Williams: I am a part of a talent agency. Big ups to my agent Sherando Ferril-Cupid of Cuferri Talent Agency. And she called me and told me about the audition of my life. So I dressed for the part when I went for the treatment of the script, and the following day was the audition. Again, I dressed for the part. I had a set time so I went in, read the lines with the director, and he responded by saying that I was exactly what he was looking for.

TALLAWAH: What is your favourite scene in the film, and why?
Williams: My favourite scene actually does not involve me. It is the scene where Derrick (Kevoy Burton) confronts Gully Rat (Kadeem Wilson) about what he thinks happened to his mother. This scene is very intense and really shows the versatility of my costars, and it connects with the emotions of viewers.

TALLAWAH: In the movie, you have to kiss Burton. How did you guys work up the courage to make it look so authentic?
Williams: (Laughs) The kiss! I was so nervous. He was much calmer than I was, and he kept on saying ‘Lisa, just cool man.’ But we both knew that we wanted every scene that we did to be on point. We, and the director, wanted it to be as believable as possible. We lived on breath mint the whole day (Laughs), just to make sure that we were comfortable.

TALLAWAH: Speaking of, what's the sweetest thing a guy has ever done for you?
Williams: (Laughs) A close friend deprived himself of sleep to get me to the sashing of Miss Jamaica World Western and had to drive back to Kingston that same night to get back to a hospital for his 6:00 am shift.

TALLAWAH: I read that you're a bookoholic. Who are some of your favourite authors, and book titles?
Williams: I like motivational books and novels. Some of my favourites are Ben Carson’s Think Big, Joyce Myers’ Battlefield of the Mind, JK Rowling’s Harry Potter collection, and Daniel Steele. One offers nourishment to the soul and the other provides me with an escape from reality and allows my mind to be imaginative.

TALLAWAH: Looking ahead, what's on your to-do list?
Williams: I am a contestant in Miss Jamaica World 2011, representing Dunn's Electrical. It has always been a life-long dream and passion, so I am definitely working hard and enjoying the experience, which has been amazing. I am also cast in a local sitcom called Kingston House. I play a character that is very different from Camella, but I love the challenge. My next goal is to star in a major play. 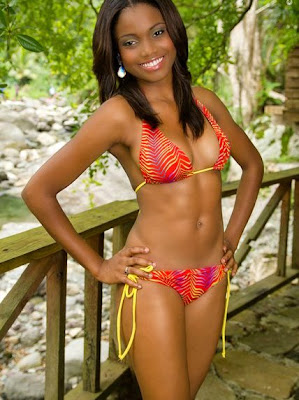 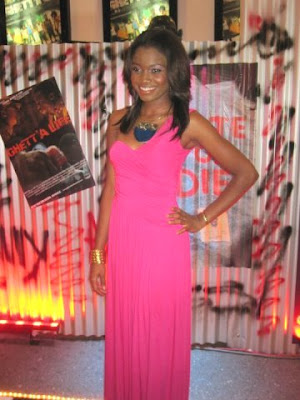