THE PLAY'S THE THING: Karl Williams' Not About Eve finding new life in the US 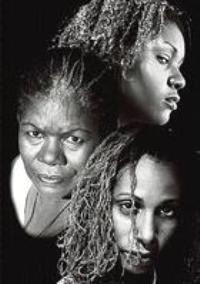 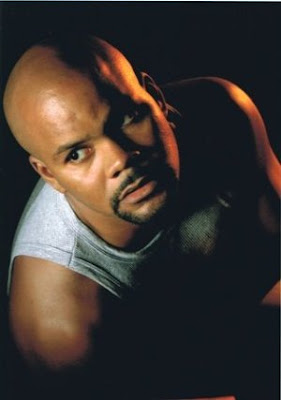 STAGE SPIRIT: Williams; (above) the original cast of Not About Eve.
It premiered to critical acclaim in Kingston some five years ago, but these days Not About Eve, playwright and actor Karl Williams' searing meditation on female sexuality, family and dashed hopes, is finding new life on American soil. The three-hander play, centred on three generations of women in a clan, is among several works that will seize the spotlight at this weekend's National Black Theatre Festival at the Marriott Winston-Salem Hotel in North Carolina.

Jeffrey Anderson-Gunter will direct a cast that includes two Jamaicans (Jean Rattigan Rohr as Mama and Sharon King as Katherine). The local run of the production in 2006 featured the talents of Dorothy Cunningham, Karen Harriott and Sabrena McDonald.
According to Williams, the impending reading performance of the play in North Carolina is creating "quite a bit of buzz." Perhaps since it has the added prestige of being an A-list selection at the festival's Reader Theatre Series. The free-to-the-public reading takes place on Friday, August 5.