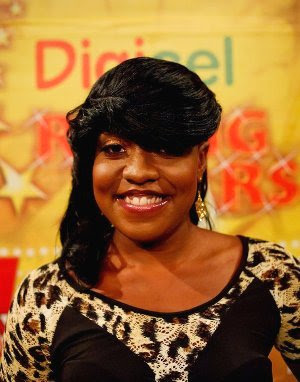 One of the brightest lights in the galaxy of this year’s season of Digicel Rising Stars, the super-talented young singer Latty J, has found her back into the competition’s top six, after, quite fortunately, being selected by producer Sharon Schroeter as her wild-card pick. Latty had been voted off the TV talent competition only a week ago. But if her exhilarating performance of Jennifer Hudson’s "If This Isn’t Love" on Sunday’s live show is any indicator, she intends to make the most of this second shot.

And rightfully so, as the competition, after a lukewarm spell over the last few weeks, is finally picking up some real heat. With the exception of Dominic, the season’s only weak link, the contestants are busting out the big vocal guns. Tash continues to cement her place as an audience (and judges’ favourite), and I particularly loved her wonderful take on Rihanna’s playful “Only Girl (In the World), which came in for customarily high praises from the trio of judges.

The remaining three contestants (Rocio, Anna, and Dellando) in all fairness, displayed flashes of creative brilliance Sunday night but are yet to hit a consistent stride.

After eight years, the Rising Stars series remains a coveted platform for serious and talented performers seeking a shot at the big times to show and prove. There is hardly any room for slip-ups or, worse, complacency. And very rarely do second chances, as in the case of Latty J, come around. What's more, she can sing anything -- just not dancehall, as we now realize. With a month left to go in the competition, it remains to be seen how well she plays the new hand she has been dealt.

Quick Notes:
*The show’s background vocalists get a tad too loud on occasion, noticed especially during performances by Dominic, who is not exactly known for sturdy vocals. As Rising Stars is a talent competition (not a concert), we need to hear the contestants as clearly as possible, without having to distinguish their vocals from their backups.

**Drawing on his vast experience in the performing arts, Conroy Wilson makes perfect sense in his critiques as a guest judge on the panel. There is a shade of Anthony Miller in his assessment of the contestants, and it’s obviously working. As an added bonus, he fits in nicely with Bambino and Tessanne. So who knows? He might eventually become permanent judge number three. And that wouldn’t be too shabby an idea.

Posted by TALLAWAH Magazine (tallawahmagazine@gmail.com) at 11:00 am