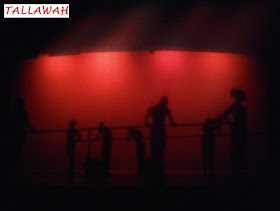 On the cusp of its 50th anniversary, the National Dance Theatre Company (NDTC) is that rare creature that conceals its age remarkably well. Awash in youthful vim, visual splendour and meditative tones, their 2011 season easily wins you over and magnetically holds your attention as the lavishly gifted performers bring each of the six featured works (new and revived) into full-bodied, compelling existence.

Last Friday’s recital (on the final weekend, no less), customarily hosted at the Little Theatre in Kingston, was beautifully scattered with buoyant pieces, primarily the creations of the acclaimed troupe’s crop of emerging choreographers, who are obviously embracing the opulent tradition they now have the enviable privilege of being a part of, even as they study the legacy of their forebears, the likes of Clive Thompson and the late great Professor Rex Nettleford.

But first a word on Barre Talk, a haunting 2006 creation from the quietly brilliant Oniel Pryce, now based in the UK. The dance was a refreshing, indeed surprising, addition to this year’s programme. With its wildly experimental motif, it’s a work that demands agility from the sparingly attired performers, who respond with requisite lithe movements and stores of energy. Part of the overall thrill, however, rests in how the pair of gymnastic-style bars, employed as props, provide more of an exciting challenge to out-manoeuvre – and seemingly conquer – than an obstacle that confines (or diminishes) the performance space.

Pryce’s lush choreography, which sometimes has an almost playful quality to it, is essentially a very athletic routine, mired in sensational dexterity and what to some might resemble a gymnast’s bag of tricks. Still, it’s artfully cool, weaving a poignant atmosphere, first subtly (the opening offers a stunning red and black illusion) and then with powerful force.

Thompson’s Ancestral Images, full of history, spirituality and African-inspired humanity, can best be described as a euphoric and rhythmic masterpiece. Vividly transporting and boasting a musical score that’s alternately jazzy and mournful, spirited and plaintive, the 1998 work draws on compelling formations and theatrical storytelling through body movement. And therein lies much of its appeal, augmented by Arlene Richards’ marvelously seductive costumes.

As for the night’s two new works, while not wrestling with lofty concepts, they are ferally imaginative. The poised and elegant Kerry-Ann Henry’s ….minutes and seconds is a rapturous love story, an emotional pas de deux, brought to pulsating life by the pair of Marlon Simms and Henry herself. Set to Portishead’s “Roads”, the piece earns high praise for its honest depiction of naked emotion and the yearning that characterizes the tenderest of intimate relationships.

Christina Gonzalez’s Far From Heaven, on the other hand, assumes a more provocative approach, exploring an affair in the pulpit of sorts. Tracy Chapman’s confessional hit “Give Me One Reason” aptly expresses the action of the two characters (a man of the cloth and his seductress) as they cope with the demands of the flesh. If not fully compelling, it’s truly a brave undertaking by Miss Gonzalez.

As has become customary, two of Nettleford’s master works were among the night’s features and came in for deft, fresh-feeling revivals. Drumscore, a jubilee of instrumental and corporeal energy, opened the night’s recital while the timeless Gerrehbenta, quite obviously the troupe’s fave piece to perform (their exuberance reaches fever pitch) offered the perfect closer.

Personally, Gerrehbenta, with its lush celebratory motif, shall always hold a special place for me, as I’m sure it does for many others, chiefly because it not only reinstates Nettleford’s genius and flair for the dramatic in the nuances of ritual but quietly heralds Simms’ well-earned place as one tapped for greatness. More important, though, the work consistently evokes that one thing I crave in dance theatre: joy. 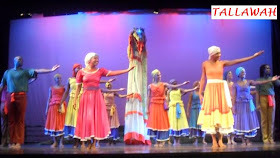