USAIN BOLT’S HEARTBREAK: ‘No tears from me’ 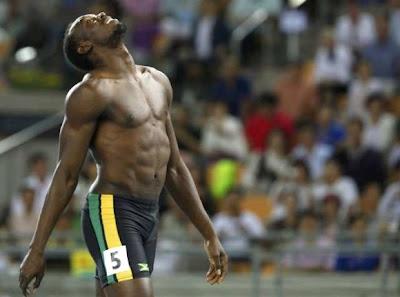 With Jamaica (and the world, for that matter) in the happy grip of athletics mania, the disappointment surrounding Usain Bolt’s false start-induced ejection from The Big Race on Sunday morning is certainly understandable.

But it achieves nothing to cry over spilt milk – unless the IAAF officials now intend to do something about that asinine false-start rule. Like revert to the old one, which I much prefer as do so many of the athletes, the very people whose dreams and careers these rules can shatter within a blink.

Meanwhile, the track superstar and World’s Fastest Man may be heartbroken over his failure to repeat his gold-medal-winning performance in the 100 M finals due to the disqualification, but if the shattering turn of events is taking a toll on his psyche, he is concealing it will.

Asked if he was going to shed any tears over his lapse of judgement in the 100 M finals, the 25-year-old Bolt, who turns his attention to Friday’s 200 M heats, said there is no chance of that happening. According to Sporting Alert, he replied: “Looking for tears? Not going to happen. I’m OK.”

Given the circumstances, it’s just like Bolt to project an image of characteristic optimism. And rightly so. 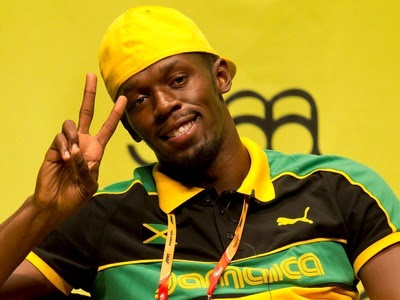 Posted by TALLAWAH Magazine (tallawahmagazine@gmail.com) at 12:48 am