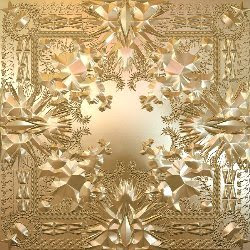 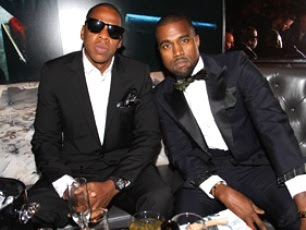 More than anything, the pairing of rap’s reigning kingpins on a full-length collaborative album is a clever artistic move in a sales-challenged industry. Jay-Z and Kanye West – going by The Throne – have already cemented their places in music history as heavyweights and multi-gifted rap royalty, each coming off successive chart-topping platinum releases.

It wouldn’t be a stretch for someone to predict that together they’d cook up something spectacular, a record out of this world. As it happens, such a forecast isn’t far off course. Yet though their newly arrived album Watch the Throne (due out in stores Friday) showcases their collective artistic genius and creative brilliance, the overall results are mixed.

True, it’s crammed-full of chest-thumping boasts of riches, the respect they command in the face of detractors, and ruling the rap roost, but the album, bearing 12 tracks, delivers its finest moments when the protagonists are given more to introspection while affirming within the listener an optimism and the discipline to dream big and work hard.

Recruiting a reputable roster of established and emerging hitmakers, who supply some their best work, Watch the Throne finds the duo sparring like long-lost brothers over exhilarating beats, some rooted in classic samples (Otis Redding and Curtis Mayfield put in ‘cameos’), while trading stunning raps. That’s not to suggest, however, that Jay and ‘Ye have shed their competitive edge. The gleam of rivalry, however restrained, is still palpable.

As for the content, the highlights outweigh the disc’s more light-fire moments. Standing out, even among the most memorable cuts, opening track “No Church in the Wild,” (with a sublime hook from tapped-for-greatness newcomer Frank Ocean) finds the rappers musing on religion and that tricky concept called belief, spitting lines as provocatively haunting as “What’s a god to a nonbeliever?” For some, it might be difficult to get past this addictive first track.

Also coming in for repeated spins: the introspective “New Day” (in which the rappers speak to their unborn sons), the Mr. Hudson-assisted "Why I Love You," steeped in exuberance, and the bald two-part opus “Murder to Excellence,” from producer Swizz Beatz.

With the failure of “H.A.M,” the album’s initial first single, to excite hip-hop heads, critics and radio DJs, you get the feeling that there’s pressure to make every track count. And while there are the instant letdowns (even with Beyoncé supplying the hook, “Lift Off” is dismal), Watch the Throne is no failure, as the rappers go hard and do stamp some class – not that we’ve come to expect less from the two biggest names in the hip-hop universe.

Whatever the ultimate consensus, there’s no denying the craftsmanship, painstaking attention to detail and all-round rhyming deftness that always characterize the work of these beastly lyricists. Tyrone's Verdict: B

DOWNLOAD: The turbo-charged “Otis” (feat. Otis Redding), “Made In America” and “No Church in the Wild,” a spiritual-tinged foot-stomper.