YOUTH IN REVOLT: Ghett’a Life is a rousing and satisfying hymn to heroism and ambition 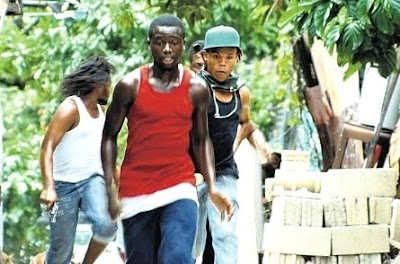 ON THE MOVE: Burton and Wilson run for cover.

In many respects, you could say Ghett’a Life mirrors Slumdog Millionaire, Danny Boyle’s 2009 Oscar-winning film about a young man’s rise from poverty and death threats to win India’s version of a popular game show – and get the girl of his dreams. The parallels are thrilling.

On this side of the planet, writer-director Chris Browne assembles a winning cast of youth and experience for his equally gripping look at a young man’s inspiring fight against the odds to win an amateur boxing championship (and get the girl, too). And it all rests on the novice shoulders of Kevoy Burton, who is quite the find, stepping into the starring role with remarkable naturalness and a self-assuredness that belies his inexperience. The film is wonderfully constructed around his compelling central character, Derek, and engagingly told by Browne through a mix of seriousness and humour.

Set against the familiar backdrop of the duality of crime and the Jamaican two-party political system wrecking the lives of the downtrodden in the innercity, Ghett’a Life is a piercing demonstration of how one person’s defiance can inspire a change for the better. Like so many of its Jamaican predecessors, the film easily outlines the problems. But it also achieves a measure of success in offering a blueprint for solutions, and therein rests much of the film’s power.

There is beauty and conviction, too, in the nature of the dynamics of family and friendship as presented in Browne’s screenplay, which is full of life and, thankfully, unpredictable, which I can’t stress enough. Burton’s Derek hails from a believably balanced home setting, headed by the stern politician dad (Carl Davis) and nurturing mother (a terrific Karen Robinson), a set-up which undoubtedly contributed to the boy’s amazing sense of self and determination. His friendship with best friend Big Toe (O’daine Clarke) also serves him well, but probably in more ways than he could ever have imagined. 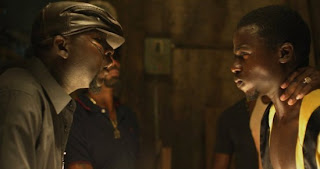 Taking the film through a surfing of genres (drama, thriller, action, suspense, family saga), Browne directs with subtlety and wit and a great deal of erudition that lends the film its crispness, while eliciting strong performances from the all-Jamaican cast. Every film of this sort needs a sturdy villain to keep the hero on his tippy-toes, and Chris McFarlane delivers a high-calibre performance as the ruthless area don, suitably named Sin, drawing on menace and terror to get the job done. This is Burton’s film, but McFarlane comes dangerously close to stealing the show with his malevolent portrayal.

As far as the film itself goes, Browne and the cast provoke the right reactions from viewers. As the lead, Burton has presence (Derek is someone people will cheer for) and shares an authentic bond with co-stars Robinson, Kadeem Wilson (as the curiously named Gully Rat) and Winston Bell (as the supportive boxing coach).

My one problem with Ghett’a Life is that there is romantic tension between the two young leads (the impressive Lisa Williams and Burton), but this is only hinted at and not fully explored. On a lesser note, the film sometimes falters in pacing before moving steadily again, ultimately gaining momentum as the story heads to its shattering conclusion.

Steeped in the reality of day-to-day existence in the innercity – and ambition for better – the film has no pretentions of great depth, just palpable feeling, relatable circumstances and emotional heft.

Buoyed by a fascinating mix of youthful ambition, sporting fervour, national pride and spirit of heroism, Ghett’a Life, just like Slumdog, is nothing if not touching and sincere. Tyrone’s Verdict: B+ 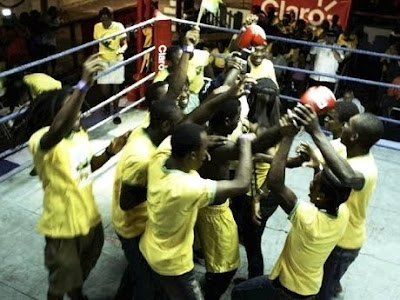 Posted by TALLAWAH Magazine (tallawahmagazine@gmail.com) at 1:36 am