DOWN MEMORY LANE: A new exhibition taps into the artistic bounty of Albert Chong’s past 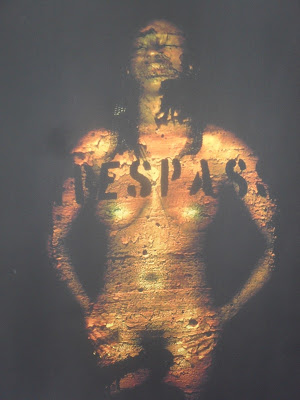 Steeped in nostalgia and fueled by a meditation on identity, family and human evolution, a new career retrospective at the Mutual Gallery takes viewers deep into the world of Albert Chong. Testifying to the profound eye and visual style of Chong, a Jamaican-born artist who makes a living as an educator at the University Colorado at Boulder, the exhibition offers a range of spellbinding images – unforgettable photos and conversation-starting installations – that challenge one to ponder issues rooted in race, gender and class. At its core though, Chong’s work, which spans some 30-odd years, compellingly captures his own journey of self and family history.

“I decided to go down memory lane and take images of people of my past and put them in one large collection,” said Chong, 53, of his photos, during a recent session at the gallery. “People sometimes react funny when you put a camera in front of them, but sometimes the images of family and friends are very rewarding.”

Yet Chong’s gaze is far from limited to random people and places, however familiar. Over the course of his career, he has also explored themes as riveting as human civilization, mass extinction and colonialism. Among his most provocative and memorable creations to emerge from this phase is his 1979 piece “Self-Portrait of the Artist as a Victim of Colonial Mentality,” which depicts a shirtless Chong as a native surrounded by foliage. Whatever his message, its clearly enveloped in the heart and mind concerns he has for his homeland.

Still, by his own admission, Chong, who is of African and Chinese heritage, finds joy and real fulfillment in the ordinary. “I’ve always had a fascination with objects,” he remarks, citing his penchant for heavy use of the tiling technique and his habit of finding inspiration in cinema. “Sometimes I’m watching a movie and I’ll pause the frame and take a photo of an object that grabs my attention and then look for something from nature to combine it with.” As always, the result is an image that’s nothing short of unforgettable. 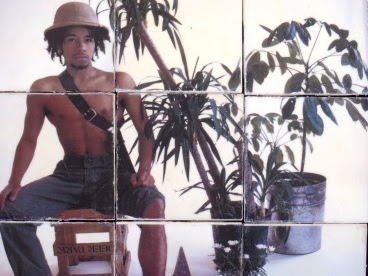 PERSONAL HISTORY: Chong's “Self-Portrait of the Artist as a Victim of Colonial Mentality.”