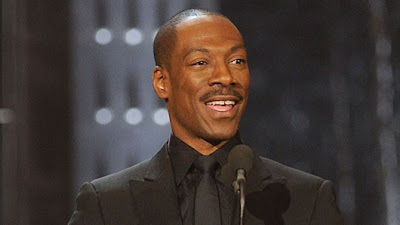 HOST WITH THE MOST?: Murphy confirmed to do Academy Awards.
The producers of the 84th Academy Awards have confirmed that actor and comedian Eddie Murphy will take on the biggest night in movies, the Academy Awards, as host on Feb. 26. Filmmaker Brett Ratner and Don Mischer, who are co-producing the telecast, promise that Murphy will provide a memorable and entertaining evening. "I have never seen him not kill it when he does comedy," Ratner told USA Today. "There is no other way."

While Murphy is known for raunchy standup routines, the producers stress that the show will stay family-friendly. "He's very smart and knows this is very much of a family type of show," said Mischer.

Murphy, who has starred in such box-office hits as Beverly Hills Cop and the Shrek movies, was himself nominated for an Academy Award for 2006's Dreamgirls. He joins Whoopi Goldberg (side-splitting!) and Chris Rock (unforgettable!) as the only African-Americans ever to land the golden gig.

With Murphy steering the ship, it should be quite an interesting night at the Oscars. Nominations for the 84th Academy Awards will be announced on Jan. 24.

Posted by TALLAWAH Magazine (tallawahmagazine@gmail.com) at 1:43 am