HAUNTED BY HIS PAST: Jah Cure disqualified from MOBO Awards 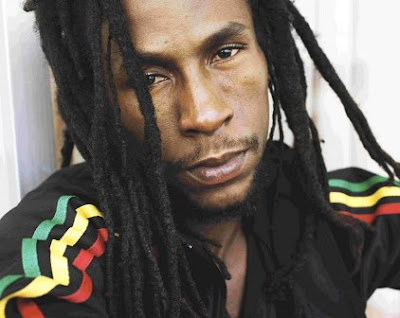 UNDER FIRE: More bad news for Jah Cure.
By all appearances, reggae star Jah Cure will never live down a terrible chapter of his past.

Nominated in the Best Reggae Act category for the upcoming MOBO Awards, the event organisers have reportedly removed him from the list of nominees after being informed of his conviction for rape, gun possession and robbery for which he served nearly 10 years in a Jamaican jail, released in 2007. The singer, born Siccature Alcock, was arrested in 1998 and went to jail in 1999 after being found guilty. Jah Cure has been disqualified due to the "severity of the crime".

The remaining artistes up for the Best Reggae Act are Alborosie, Khago, Mavado and Damian Marley & Nas.

This year’s MOBO Awards take place on October 5 at Glasgow SECC. Jason Derulo will host the event, which will see a 20th anniversary performance from top international acts like Boys II Men. The winners of the awards are chosen by public vote. Go to Mobo.com for more.

Email ThisBlogThis!Share to TwitterShare to FacebookShare to Pinterest
Labels: Awards and Prizes, Do I Smell a Controversy?, Reggae Stars, That's Sad