ON THE RECORD: Chris Martin surprised by passionate response to “Cheater’s Prayer” 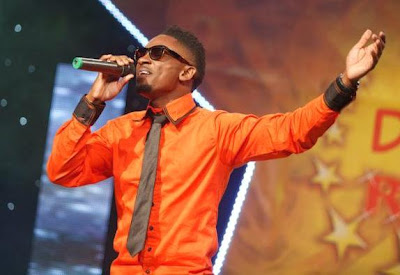 IN HIS OWN WORDS: Martin speaks on song controversy.
Ever since we first got to know him some six years ago, singer Christopher Martin has always held it down as one of the coolest young chaps in reggae. He’s become accustomed to his catchy and soulful singles staying on the lips of fans and radio playlists and flying up the charts. But nothing could prepare him for the feverish response to his latest instant hit “Cheater’s Prayer,” which got a national introduction when he performed it live on Sunday night’s episode of Rising Stars. Reaction was swift.

Evidently, the song, which takes on the themes of prayer, introspection and infidelity, struck a nerve. While some viewers have praised Martin’s witty writing, several members of the (deeply) religious community have expressed dissatisfaction, deeming the lyrics (see below) inappropriate and mildly disturbing. Pause. Are people just overreacting as is so often the case, or is there genuine cause for concern? TALLAWAH spoke to Martin to hear how he’s been handling this unforeseen bit of controversy:

Chris, what was your goal when you set out to write “Cheater’s Prayer”?
Honestly, I was just writing a song based on an idea I came up with. I didn’t set out to write it with a goal in mind. It was just a spur-of-the-moment idea.

What’s the response been like from listeners in other sectors?
Them love it. And they embrace the creativity. They say it’s a clever song. So it’s just been great feedback otherwise. It’s very interesting that the song is not even a week old, and it’s getting so much attention.

So what have you learned from all this?
You can’t please everybody, but you done know that from long time. I think it also goes to show the impact that music has on society. And people will always have their different opinions, and you have to respect their views. 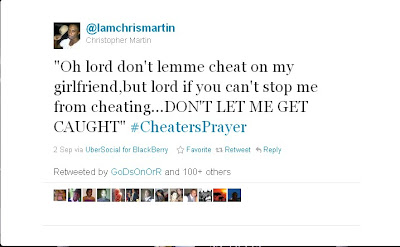 Email ThisBlogThis!Share to TwitterShare to FacebookShare to Pinterest
Labels: Do I Smell a Controversy?, Is It That Serious?, New Music, Reggae Stars, TALLAWAH Exclusive