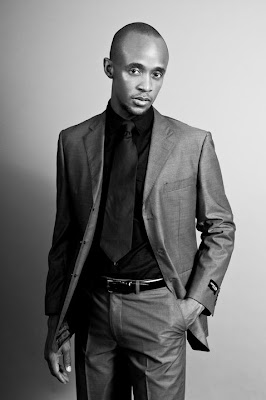 SUITED TO THE PART: “I enjoy working with young people,” Simms says.

As the celebrated National Dance Theatre Company of Jamaica (NDTC) ushers in a new chapter in this post-Nettleford era, the troupe’s tapped-for-greatness captain Marlon Simms is busy doing his part to lay groundwork that both reflects the company’s lofty standards and honours the legacy of its legendary founder. The 30-plus-year-old dancer and educator speaks with TALLAWAH:

1. Share your reflections on the company’s just-concluded 49th season.
“The feedback was really great. We showcased some young talent and their new works as well as some old faves. You can’t go wrong with pieces like Gerrehbenta, and one of the real hits of the season was [Oneil Pryce’s] Barre Talk. Overall it was fair balance.”

2. As team leader, your responsibilities seem equally demanding and rewarding.
“That’s true, but the fun thing is, when [Professor Rex Nettleford] was with us, he was very specific about what needs to be done to take the company into the next phase. So once you know what he would like, and what he would approve of, it’s easier to get things done.”

3. It is widely whispered that it’s easier for a camel to pass through the eye of a needle than it is for a new dancer to be selected to join the NDTC. Any truth to this bit of gossip?
“(Laughs) No truth at all. We regularly have new dancers joining the company. We had an open call last December, and about 30 dancers turned up. So we had a large workshop group session. Becoming a member of the NDTC involves a workshop process after which successful participants are then invited to join. Right now the company is made up of 22 dancers, and that’s a lot.”

4. 2012 will mark the company’s 50th anniversary, and I just know the season will be super-special. What can you tell us about the plans for next year?
“We’re very excited about next year, as it is an important milestone. I can’t give away too much, but we’re hoping that the show will be an exciting one, and give a glimpse of where the company is going. It will probably give some people hope, because there are many who are concerned about Prof’s legacy being upheld, and that’s equally important to us. The spirit of our great icon is being kept alive.”

5. Outside of dancing, where do your passions lie?
“I like teaching youngsters. I teach dance, world literature and theories in English at the Edna Manley College, but I’ve also made time to teach at other institutions. I enjoy working with young people.” 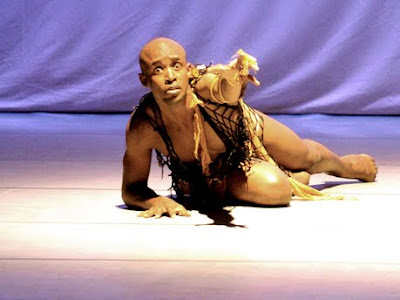 IN FOCUS: Simms in performance at the Little Theatre.