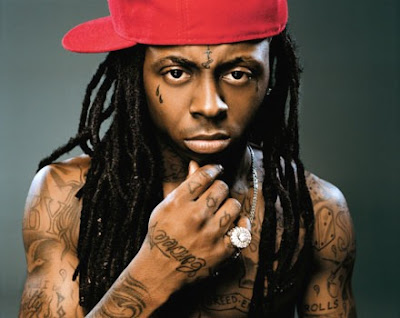 For years I’ve been an ardent admirer of the cunning and flair with which Lil' Wayne manufactures his rhymes. And while the pint-sized hip-hop heavy-hitter may dwell on themes as familiar and predictable as drugs, sex and gun violence, his work consistently demonstrates some intellect, emotional depth and subtle humour (radio hits “Shooter,” “Lollipop”), proving at once that he’s rightfully earned his spot in that hallowed pantheon – alongside the Kanyes and Jay-Zs – reserved for the bona fide stars of the hip-hop universe.

Driving this point home is Wayne’s just-released ninth studio album, Tha Carter IV, a sharp-edged, if uneven, record filled with thumping beats and biting raps that feature his signature raspy growl and no shortage of wit and ego. Despite the lukewarm reception of his last two efforts – 2010’s rock opus Rebirth and I Am Not a Human Being – released five months apart during his jail stint on weapons charges, the rapper might not have been aiming to redeem himself, so to speak, in the eyes of the fans who’ve stood by him, but that is in part what the album achieves, even if it doesn’t rank close enough to his finest work.

A starry supporting cast is on hand for the festivities, including Drake (“She Will”), Cory Gunz (first single “6 Foot 7 Foot”), and Rick Ross (“John”). Still, the biggest selling point here, arguably, is the hard-hitting “It’s Good” (with guest verses from Jadakiss and Drake), in which Wayne is alleged to launch a reprisal attack on arch-nemesis Jay-Z, who is also alleged to have taken shots at Wayne’s camp on “H.A.M,” off the recently dropped Watch The Throne. What’s the beef? Clearly, years after the drama with Tupac and the Notorious B.I.G, hip-hop remains prime territory for drawn swords. 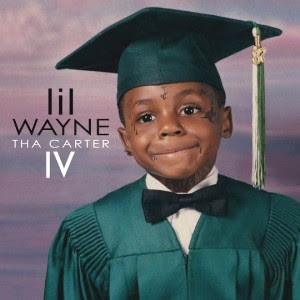 As for the remainder of the 15-track opus, its lineup of producers comprises the likes of Bangladesh, T-Minus to the formidable duo of Cool & Dre. Winning moments include John Legend’s refreshing appearance on “So Special,” a sexed-up bedroom promise; and the endlessly ambitious “President Carter,” which finds the entertainer hunting political stripes, quite satirically of course, but respectfully. Perhaps the album’s sole disappointment, “How To Love,” which finds the rapper testing his singing voice, could have been surprisingly tender, but instead it just feels out of place.

Like several of his contemporaries, Lil' Wayne is a love-him-or-hate-him kind of dude. As such, Tha Carter IV will earn its share of praise and derision. But whatever the outcome, it’s a definite fact that Wayne and his attention-grabbing songs stay true to hardcore rap and the influential gritty streets, where only those who "keep it real" get love. Tyrone’s Verdict: B