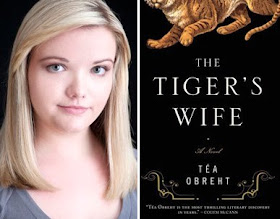 As awards season gains momentum, the finalists for the 2011 National Book Awards (among the most highly coveted in the world) have been announced. TALLAWAH is pleased to note that leading the quartet of fiction nominees is 25-year-old Tea Obreht's The Tiger's Wife, which we spotlighted earlier this year amidst widespread buzz. Obreht, a New Yorker "20 Under 40," is joined by Andrew Krivak's The Sojourn; Julie Otsuka's The Buddha in the Attic; Edith Pearlman's Binocular Vision; and Salvage The Bones by Jesmyn Ward. Winners will be announced Nov. 16.

Non-Fiction:
The Convert: A Tale of Exile and Extremism by Deborah Baker; Love and Capital: Karl and Jenny Marx and the Birth of a Revolution by Mary Gabriel; The Swerve: How the World Became Modern by Stephen Greenblatt; Malcolm X: A Life of Reinvention by Manning Marable; Radioactive: Marie & Pierre Curie: A Tale of Love and Fallout by Lauren Redniss.

Young People's Literature:
My Name is Not Easy by Debby Dahl Edwardson; Inside Out & Back Again by Thanhha Lai; Flesh and Blood So Cheap: The Triangle Fire and Its Legacy by Albert Marrin; Chime by Franny Billingsley; Okay for Now by Gary D. Schmidt. 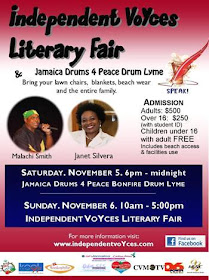