BABY ON BOARD: Is Rising Stars’ Terri-Karelle Reid expecting her first child? 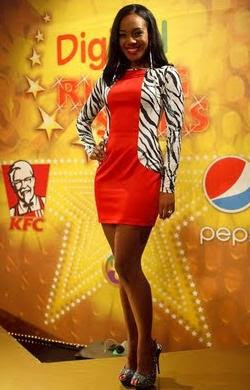 Get your baby-name suggestions ready!

Pop star Beyoncé isn’t the only hot mama looking forward to delivering a little bundle of joy in the coming months. Highly-placed sources confirm that Rising Stars host and former beauty queen Dr. Terri-Karelle Reid is expecting her first child sometime next year with hubby of three years, Evon Courtney Reid. While the Reids have not gone public with the glorious news, a source close to the couple tells TALLAWAH that the two are “over the moon with joy” at their new blessing and what the future might hold for them.

Like so many other things, motherhood was an eventuality Terri-Karelle was prepared to let occur on its own time. “I like to make things happen at their own pace,” she told TALLAWAH in August. “I am not the type of person who says ‘This is exactly what I’ll be doing in five years.’ I leave my opportunities open and let the future decide what I take on next.”

For the 29-year-old mom-to-be, who is currently off the island on business, 2011 has been a super-busy year so far. In addition to spearheading the recent Miss Jamaica World series of activities, she assumed hosting duties for the eighth season of Digicel Rising Stars.