IT GIRL LISA WILLIAMS: The actress stars in a new stage production of Not About Eve 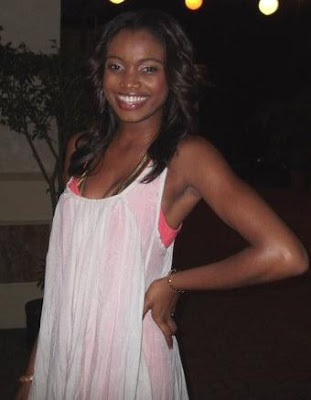 REBEL SPIRIT: “I saw the challenge in the role; that’s why I took it up.”
Whether watching her as Kevoy Burton’s supportive love interest in the film Ghett’a Life or vying as a finalist for the Miss Jamaica World crown as she fabulously did this past summer, you are inevitably drawn to Lisa Williams’ ferocious intelligence and irrepressible can-do spirit. In short, the attitude of a go-getter who pushes the limits, which as it happens is exactly what Williams is getting set to portray in the University Players’ production of Karl Williams’ Not About Eve.

The play may be a bruising meditation on the dashed hopes and thwarted desires of three generations of women, but for the 22-year-old rising star it is a dream come true. The chance to work with director Brian Heap and seasoned actresses Carol Lawes and Nadean Rawlins, says Williams, is a learning experience to cherish. “The good thing about working with Brian is that he gives you the opportunity to grow into the role,” she tells TALLAWAH. “He values your input, and he is very easy to work with.” Her co-stars, she adds, are great for tips. “It is very good working with them because this is my first major [stage] role and they are all about contributing to craft so they regularly give me advice. And that’s important to me because I’m still a bit rough around the edges,” she says with a chuckle.

As it happens, the role found its way to her after Ghett’a Life co-star and unofficial big brother Chris McFarlane recommended her to Rawlins during casting. Williams relishes the idea of transforming into someone very unlike her and tapping into the fun challenges that come with the part. “I cannot relate to [the character] at all because we have such different preferences,” she subtly tells me with a laugh. “But I saw the challenge in the role right away, and that’s why I decided to take it up.”

Williams, meanwhile, describes making the leap from her screen debut in Ghett’a Life to the world of theatre as a big transition. “With film you have a lot of takes to get things right, but with theatre you have to know your lines. And it’s about action and reaction. Theatre demands a lot more than film,” says the Glenmuir High and UWI Mona alum. “But digging to bring a character alive is something I want to do because people want to be entertained and that’s a responsibility I take seriously.”

Looking ahead, Williams hopes that a decade from now she will have a coming-of-age memoir on bookstore shelves and a vibrant performing arts company that gives back to her roots. “I want to offer something to the children of Clarendon because most of the artistic opportunities are here in Kingston,” says Williams, who maintains a close friendship with all 18 girls she met during Miss Jamaica World. “Because of what the arts did for me growing up, it is only right that I make a contribution.” 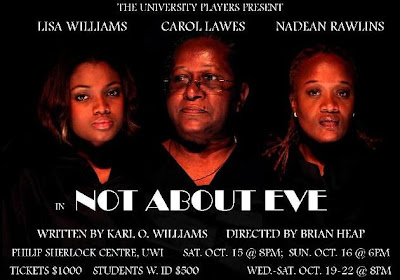