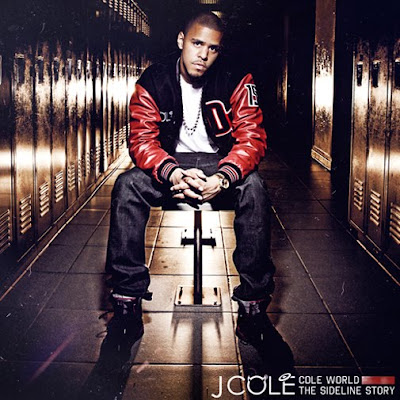 To the discerning hip-hop listener, the similarities that connect ascendant rappers Drake and J. Cole are striking. First, they are both being widely touted as the most obvious heirs apparent to rap’s bling-encrusted throne. Second, they owe much of their rise to fame to their well-respected mentors: Roc Nation’s Jay Z, who signed J. Cole, and Cash Money’s Lil Wayne, who famously got Drake to go with his label after a lengthy battle between studio heads.

More important, there’s the matter of their first albums, stellar debut outings by any standard, which have allowed them to prove that the hype and incredible buzz which has so far dogged their careers is not without worth. In short, Cole’s rising stardom parallels Drake’s own rapid succession in the music ranks.

But where Drake (his Thank Me Later is a tour-de-force) has established a Lauryn Hill-esque approach to his music: blending singing with rhyming, J. Cole stays wholly in the rap lane with clever punchlines and a storytelling so vivid and transporting that he occasionally reminds one of Eminem. Additionally, despite not yet being a household name in the music world, he exudes a veteran air that at once suggests someone who’s been a student of the art for years.

At 26, it would appear that much of J. Cole’s musical focus rests on confessing a familiar rags-to-riches story, trysts with fine women, and silencing the detractors who doubtless are working hard to dim his newfound shine. And on his just-released first album, Cole World, he addresses each with admirable heft and a lyrical deftness that speaks well of his association with a brand like Jay Z, who, as it happens, is rap’s long-reigning king of wit. That said, Mr. Carter lends a characteristically swag-drenched verse on the kinetic “Mr. Nice Watch.” Drake, for his part, meanwhile guests on the sly and sensual “In the Morning,” one of several cuts with a corporeal slant. Their low-key collaboration makes for a memorable pairing.

But Cole World is not without its hiccups (minor tracks like “Lights Please” are less inspired), but the highlights here certainly outweigh any possible disappointment. Particularly appealing are the Trey Songz-assisted “Can’t Get Enough,” about finding that one who is a sure keeper, and the potent “God’s Gift,” a radio smash waiting to be discovered. Tyrone’s Verdict: B+

HOT DOWNLOADS: The abortion saga “Lost Ones”; the hustler’s anthem “Dollar and a Dream III”; and the ultra-smooth Missy Elliott collabo “Nobody’s Perfect”

Email ThisBlogThis!Share to TwitterShare to FacebookShare to Pinterest
Labels: Albums, Music Reviews, Ones To Watch