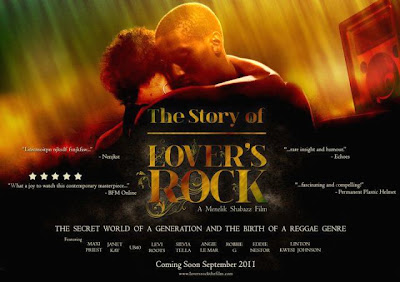 FOR THE LOVERS: A new doc takes us behind the music.

Lovers’ rock, often dubbed “romantic reggae” may have developed in the late 70s and 80s against a backdrop of riots, racial tension and sound systems, but it’s provided fresh, latter-day inspiration for at least one filmmaker. Britain’s Menelik Shabbaz, who has earned renown for such envelope-pushing efforts as 1981’s Burning An Illusion, aims to illuminate the roots and impact of the sub-genre with a 96-minute film simply titled The Story of Lover’s Rock. Employing a series of interviews, footage of live artist performances and archival information, Shabbaz enlightens viewers on the history and lingering socio-political influence of lover’s rock.

“Lovers’ rock allowed young people to experience intimacy and healing through dance – known as ‘scrubbing’ at parties and clubs,” Shabbaz observes in his synopsis of the project, while stressing how the music influenced popular bands in the UK like Police, Culture Club and UB 40. “These influences underline the impact the music was making in bridging the multi-cultural gap that polarized the times,” he explains. “[The Story of Lover’s Rock] sheds light on a forgotten period of British music, social and political history.”

Take a look at the trailer: