STRUGGLE AND SURVIVAL: Kelly Clarkson taps into her pain and power on ‘Stronger’

MISS INDEPENDENT: Clarkson is 'Stronger' than ever.


With tracks like her Grammy-winning 2004 smash “Since U Been Gone” and the intense “My Life Would Suck without You,” songbird Kelly Clarkson demonstrates that when it comes to sheer vocal power and raw emotion, she’s one of pop’s bonafide talents. We got it then, and the original Idol champ certainly cements that reputation on 2011’s Stronger, her fifth release. Overall, the album is an edgy, stellar paean to struggle, survival and optimism in the face of odds stacked against you – ideas that have figured prominently in Clarkson’s latter work.

For this particular album, arguably her best yet, Clarkson has stated that she was influenced by such rock icons as Tina Turner, Prince and Radiohead. The proof is in the end product, which bears a rich blend of anthemic, uptempo cuts and soaring ballads steeped in yearning and vulnerability. But the common thread coursing throughout is Clarkson’s lush voice, a superb instrument once again getting a fine showcase.

Ever the rebel, the singer kicks off the festivities with the punchy “Mr. Know It All,” a girl’s no-nonsense guide to getting rid of a no-good man. In a broader sense, the song takes aim at Clarkson’s detractors who, over the years, have challenged everything from her image to her sexuality. It’s not surprising that the girl chooses to make it clear that she’s no punching bag. She wisely concedes on the follow-up cut, “What Doesn’t Kill You (Stronger),” that such experiences should only serve to toughen you up. 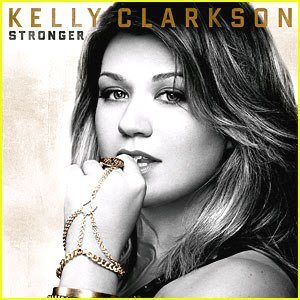 Such notions of give-and-take, sacrifice and regret speak largely to where Clarkson, who co-wrote the bulk of the album, stands now in her life and career. Like a genuine artist, it’s reflected in the work she has produced while enlisting such reputed songwriters and producers as Toby Gad (the failed-relationship hits “Einstein” and “The War Is Over”) and Rodney Jerkins (“I Forgive You”).

Clarkson is at her most memorable though, when she taps into her longing and pain. She achieves this beautifully on the highlights “Dark Side,” on which she proclaims, “Everybody’s got a dark side/Do you love me?/Can you love mine? – and “Honestly,” a teary petition for a lover to come clean. She also scores a pair of radio-friendly tunes with “Let Me Down” and “Hello”. An excellent duet (“Don’t You Wanna Stay”) with country star Jason Aldean is one of four extra tracks (bringing the tally to 17) that appears on the deluxe version.

There’s ample evidence to support the claim that in naming her album Stronger, Clarkson is essentially making a reference to herself and where she is now on her journey, artistic and personal. She’s given us the songs, full of meaning and power, to share in her therapy. Tyrone’s Verdict: A