MUTABARUKA: ‘Why I haven’t worn shoes in over three decades’ 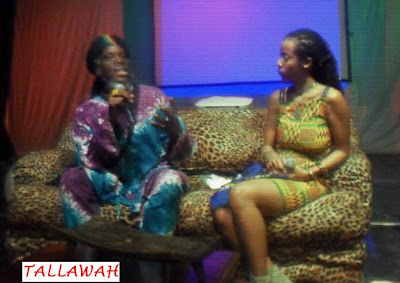 When he speaks, cultural icon Allan ‘Mutabaruka’ Hope doesn’t skimp on expressing exactly how he feels about a particular subject. He keeps it 100 percent real. That’s precisely why he’s such a compelling storyteller, and his audience is always taken with him. Whether he’s confessing to being stranded in Nigeria on his first trip to the Motherland, or opening up about life as a youngster during the era of banned books in Shearer-led Jamaica (his mother dumped his Malcolm X literature in a gully!), or explaining his foray into Rastafarianism, he’s never less than a riveting raconteur.

Yet, in another sense, when it comes to Mutabaruka, a man shrouded in a sort of mythical reputation, what so many are curious to discover is the reason behind his decision to not wear shoes. After all, it’s one of the first things about the man that readily leaps to mind. The just-concluded Manifesto Jamaica Art’ical Empowerment Festival, which featured Saturday’s ‘Meet the Artist’ segment at the Edna Manley College, offered Muta a great platform to keep it real yet again.

“There was when I time when I used to live outside of Kingston. It was a whole heap of us, man and woman, and we decided that we were gonna shed certain things. So we started to shed things, and one of those things was shoes,” Muta told the rapt studio audience. “We felt that the locks and the no-shoes had a certain connection. And we maintain that tradition because it keeps you grounded, not just to the earth, but it reminds you of who you are, and where you come from. So we just maintain that.”

He continued: “And it’s not like we tell people that we not wearing shoes; it’s just that it’s now become a part of you. My daughter is over 30 years old now, and from she born she don’t see me inna shoes. So it’s not like I have anything against shoes; it’s just at this moment in time, for over 30-odd years now, I don’t wear it.”

“The experience is more powerful than the learned behaviour.” – Mutabaruka

Posted by TALLAWAH Magazine (tallawahmagazine@gmail.com) at 3:27 am