REGGAE FILM FESTIVAL Update: First entry in the bag for 2012 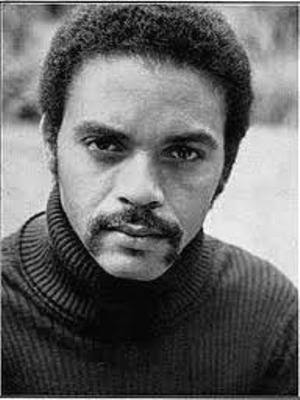 PERSONAL VISION: Phillipps set to screen his film at the 2012 RFF.

The 2012 iteration of the Reggae Film Festival is already boasting its first entry. Home, Sweet Harlesden, a documentary recording the oral histories of some the earliest Caribbean immigrants to Britain was produced by Anton Phillipps, a Kingston-born actor (he later attended Manchester High) before his family moved him to Washington DC, where he graduated high school. He then moved to England in the 1960s and attended the famous Rose Bruford College Drama School, whose Jamaican students also included Trevor Rhone and Yvonne Brewster.

As his personal story goes, after drama school Anton Phillips began an acting career in Britain that broke many racial barriers, appearing as the first Black actor in many TV series including General Hospital, The Saint, The Bill, and becoming best known as a cast member of the popular TV series Space 1999. As a pioneer in his field, his professional life has been dedicated to the promotion of Black theater and to that end Phillips started a number of projects that significantly changed the profile of Black and Asian theatre in Britain.

Interestingly, Phillips has also worked for the British Council in Ghana, where he directed Trevor Rhone's Old Story Time as the first major production at the newly built National Theatre. He also lectured at the School of Performing Arts (University of Ghana) and for three years was a consultant for the British Council on a special project in Tanzania to create a company of performers and teach them the principals and practice of Theatre in Education. In addition, Phillips has directed theatre in Germany, Holland and France and attended performances in Mexico, Cuba, the United States, Trinidad, Jamaica and Tunisia. He has also managed a 60-member strong company of singers, dancers, and musicians from South Africa on a touring tribute to Oliver Tambo that was presented at the Barbican Centre and England’s Salisbury Cathedral.

Inspired by Jamaica’s Area Youth Foundation, Phillips founded the Stonebridge Area Youth Project (SAY), a performance-based project for disaffected young people between the ages of 14 and 24 based in London’s Stonebridge housing estate, which ran for three years.

>> Get your work recognized at the 2012 Reggae Film Festival. Find out more HERE.

Posted by TALLAWAH Magazine (tallawahmagazine@gmail.com) at 2:42 am