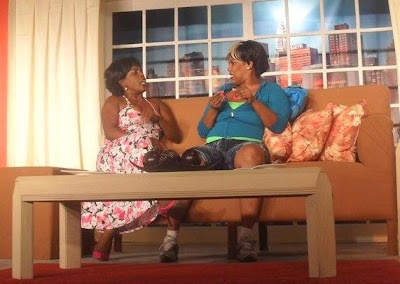 TWO OF A KIND: Silvera (left) and Harris are 'Back'.

Jamaica’s best-ever actresses, from Leonie Forbes to Ruth HoShing, have been known to seamlessly blend gravitas with a sense of fun. But very few in contemporary theatre and television consistently do it as well – and authentically – as veteran performer Deon Silvera, who returns to the Kingston stage this month in Dahlia Harris’ Back A Yaad as a struggling mother who goes off the deep end when life’s challenges begin to overpower her. Ahead of next week’s big world premiere, Silvera rang up TALLAWAH to dish about her frequent collaborations with Harris, artistic growth, and why she’s specially thrilled about next year’s grand Jamaica 50 festivities.

TALLAWAH: Deon, you and Dahlia Harris are becoming quite a collaborative pair. Why does your theatrical chemistry work so well?
Silvera: It started from when we first worked together in [Aston Cooke’s] Jamaica 2 Rahtid. We work really well together because we feed off each other, so we will always have that kind of chemistry. And she knows me very well, so we just click.

TALLAWAH: How much of the Back A Yaad plot comes close to something you or someone you know has actually experienced?
Silvera: It’s not personal for me, but I’ve known uptowners who have been cast out of their family homes for different reasons. And I know people who similar things have happened to. In the case of my character Madeline Carter, the situation that she finds herself in sends her off mentally, totally. She was chased out of her parents’ home, abandoned by everyone, and is now living in the ghetto. But she has her son who takes care of her, and she also meets a Rasta friend named Empress, played by Dahlia. 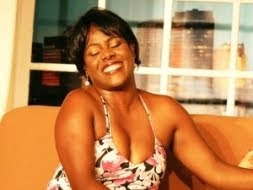 TALLAWAH: As a quick career retrospective, in what ways would you say you’ve grown as an actress?
Silvera: When I had my children I used to always be late for performances, but all that has changed. Nowadays, I’m there sometimes up to an hour before call time. I’ve definitely grown. And I approach my work differently now. I’m starting to try a lot more of what I learned over the years from the role models who impacted me. I think I’ve mellowed with age in terms of how I now approach the work.

TALLAWAH: With 2012 set to be a memorable year-long observation of Jamaica 50, what are you most looking forward to?
Silvera: I’m just looking forward to a wonderful year. I’ve been in touch with close friends who are involved with the organizing, and they say the Secretariat is planning a great series of events. And Back A Yaad will be a part of it, on the theatre side. I feel really elated about the upcoming celebrations because I was born around the time of Independence, so I’m really looking forward to it. 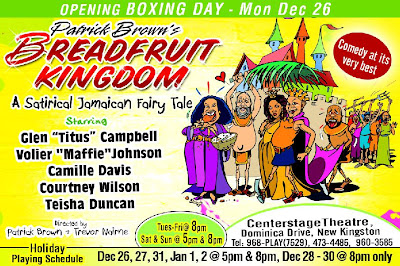