DELCITA FOR PRIME MINISTER: The comic actress puts her political muscles to the test 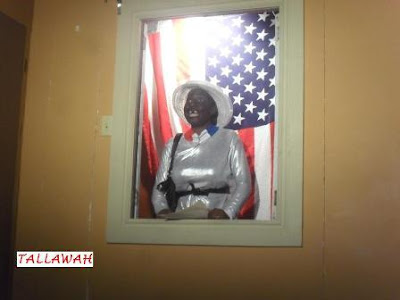 Delcita Coldwater is giving new meaning to the expression Jill of all trades. And politics happens to be the next frontier on her lengthy list of conquests. Why not? In The Politicians, opening this weekend at Stages in New Kingston, the veritable wonder woman, brought to ultra-vivid life by Andrea Wright, is out to establish her political prowess while heading a comically savvy cast that includes Abigail Grant, Keith Ramsey and Michael Nicholson. The funny girl dialed up TALLAWAH to dish about the new role, her shrewd approach to parenthood, and what she’s most looking forward to in 2012.

TALLAWAH: In your latest production, you play political power games mired in humour opposite Shebada. Why is Jamaican politics so darn easy to poke fun at?
Wright: Because it’s so colourful. It’s pure gimmicks and corruption. Even the serious side is full of fun. It’s really a potpourri when it comes to politics in Jamaica.

TALLAWAH: What else is Miss Delcita up to in The Politicians?
Wright: Delcita and Shebada have formed parties and are working to prove why they should be involved in representational politics. Delcita is also looking for work as usual. We all know that she isn’t so bright, and she still won’t behave herself. She is also dealing with a lot more domestic affairs this time around, so we get to see a kind of evolution in Delcita’s life as she moves from one position to the next. 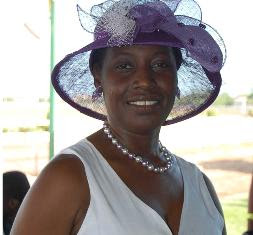 TALLAWAH: You recently took a brief hiatus from the stage to spend quality time with your nine-year-old daughter. How was the time-off?
Wright: It was very good and very therapeutic for her. It was very important for me to take a break and spend some evenings with her. It was the first summer we were spending together since 2007, and it really reminded me that you can’t ignore your kids’ needs, no matter how small they seem. I also got to finish up my degree programme and did two months of guidance and counselling at a junior high school in Clarendon.

TALLAWAH: What do you and your daughter talk about?
Wright: A lot of different things, and one of the things I try to do is to make her emotionally rounded and understand the world we live in. We also do a lot of school work together. Parents need to understand that that their kids might not be bright academically but there are other areas in which they can excel. Look at how they relate to social settings, for example.

TALLAWAH: What are you most looking forward to in the coming year?
Wright: One of the things I wish I could go back to in 2012 is teaching guidance and counselling. It really makes me feel fulfilled. When I took the time off, I also did some parenting seminars and I miss that audience. I think I have a great impact on parents through seminars. I wish I could double up (with the acting), but it would be hard.