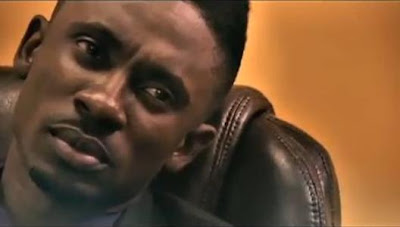 EASY DOES IT: All grown up, Martin is making his mark.

Since making his initial dent in the pop culture psyche, Christopher Martin has always exuded an aura of a boy on the brink of manhood, both in performance and in person. But the ascendant singer-songwriter attempts to shatter that very man-child imagery before our very eyes in his newest video, for the earnest radio hit “Cheater’s Prayer,” a tune which has been endlessly scrutinized and criticized for its bold message since hitting the airwaves this past summer.

By all appearances, in 2011 Martin attained a whole new level of maturity – personal and professional – that is allowing us to view the 24-year-old singer in a whole new light these days. In the video, helmed by de jour director Asha McHail, Martin convincingly steps into the role of a sharp-suited working man whose equally attractive lady love might be carrying on an affair behind his back. The whole thing plays out nicely, flirting with equal measures of charm and comic relief.

According to the song’s lyrics, the man in the relationship is the philandering party, or at the very 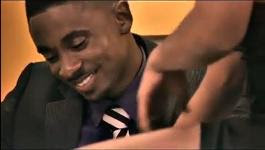 least prospectively so. In the video, however, the tables are turned. Flipping the script here to vividly demonstrate that women are just as ‘villainous’ as their male counterparts in relationships is a move that works out surprisingly well, serving to enrich the storytelling.

As a whole, the “Cheater’s Prayer” vid doesn’t always avoid clichés, but overall it amuses and enlightens occasionally, while making a decent argument for Martin’s acting ability. More to the point, the video plays faithfully to the key ideas of trust, doubt and betrayal as presented by the song, while briskly and engagingly tackling the snares of romance, the challenges of temptation and the sting of infidelity.

Still, the indisputable highlight is that for the first time viewers get to see Martin in the most grown-up performance of his career. Growth, after all, is paramount in the life of anyone who considers himself a true artist.