FOR THE RECKORD: Pioneering Jamaican dramatist dead at 85 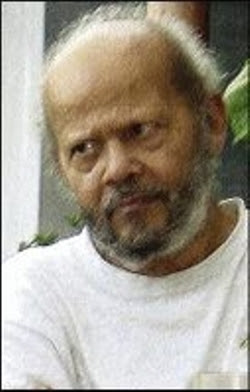 Barry Reckord, the acclaimed Jamaican playwright, producer, actor and author, is dead. Reckord, who spent most of his life in England, passed away on Tuesday in Boscobel, St. Mary, where he had been living with his younger brother, Lloyd, since returning to Jamaica five years ago.

A recipient of the Silver Musgrave Medal, Reckord, over the course of his writing career, had more than 14 stage, radio and television plays produced in Jamaica and England. The popular Does Fidel Eat More Than Your Father: Conversations in Cuba (Signet, 1971) was penned following his trip to that country.

A splendid anthology, For the Reckord: a Collection of Three Plays by Barry Reckord, edited by Yvonne Brewster, was published late last year by London’s Oberon Books. According to Brewster, Reckord and Nobel laureate Derek Walcott are the two most “intelligent and questioning” Caribbean playwrights on societal issues. “These men have concepts that are great and deep,” said Brewster. “Derek's concepts are usually racial, Barry's are usually sexual.”

At the time of his passing, Mr. Reckord was 85 years old. Funeral details are yet to be announced.