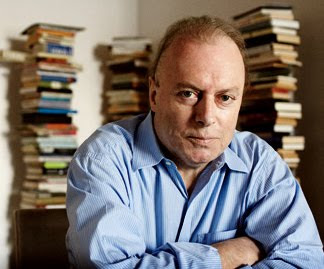 To pick up a book written by Christopher Hitchens is to invite yourself into a world where the protagonist is brutally frank and ferally argumentative – but never less than captivating and full of passionate insight. I should know; I’ve devoured Hitchens’ series of Vanity Fair columns with relish and spent hours this past summer engrossed in his refreshingly candid memoir, Hitch 22, which I have also extensively written about on TALLAWAH.

An outspoken nonfiction author, critic, essayist and pundit whose international bestsellers include the wildly provocative atheist manifesto God Is Not Great: How Religion Poisons Everything, Hitchens passed away in Texas last week after a year-long bout with oesophagal cancer. He was 62.

Editor of Vanity Fair, Graydon Carter, himself a highly respected man of letters, has summed it all up aptly. “There will never be another Christopher. A man of ferocious intellect, who was as vibrant on the page as he was at the bar,” Carter observed. “Those who read him felt like they knew him and those who knew him were profoundly fortunate souls.”

Another fact we all know for sure: Hitchens’ wide-ranging expertise on everything from global politics to human nature – and his fearlessness in using “words as weapons” – made him a literary force to be reckoned with, idolized and despised in almost equal measure. For me, as well as the many others who are forever in his thrall, Christopher Hitchens will be deeply missed.

The literary world, indeed the planet, has lost an amazing and unique thinker who can never be replaced. In his class, Hitch was truly one of a kind. He not only brought a wonderfully fresh perspective to major hot-button issues (the Iraq War, religion, Harry Potter), but he was also possessed of remarkable power of persuasion, which helped to opulently colour his writing and his oral commentaries.

Above all (even how to construct a killer sentence), if there’s a singular thing I take from the great man, it’s a lesson in resilience. “So far I have decided to take whatever my disease can throw at me, and to stay combative even while taking the measure of my inevitable decline,” he wrote of his illness, published in the latest Vanity Fair. “This is no more than what a healthy person has to do in slow motion. It is our common fate.”

>> STORY: Hitchens breaks it down in Arguably