KINGS OF COMEDY: Ity and Fancy Cat reveal the origins of their stage names 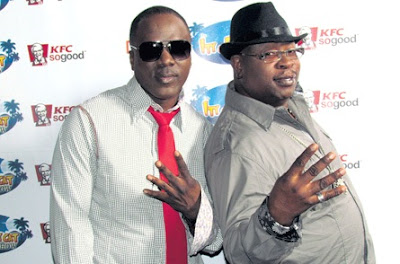 
Ian ‘Ity’ Ellis & Alton ‘Fancy Cat’ Hardware were born to induce laughter. And they know it. Their characteristically clever stand-up routines and the side-splitting comedic sketches that feature prominently in their eponymous hit TV J series resonate across the board with local audiences, who have over time forged a sense of connection to them. To wit, there’s very little Jamaicans enjoy more than a proper dose of humour. But how many of their fans truly know the story behind their household-popular stage names? 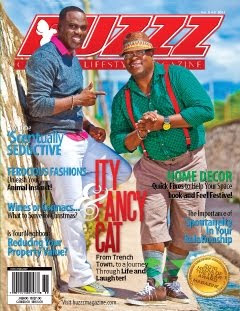 In the new Buzzz Magazine, Fancy and Ity dish up their accounts of how they came by the sobriquets that are more known than the government names they were issued at birth. For his part, Ellis reveals that Ity is short for Ital. He got the name when he lived in a community with Rastafarians who gave him Ital food. He was the only baby who would eat it; the others couldn’t stomach the bland taste of the food.

As for Hardware, he says he was always known as ‘Cat’. The ‘Fancy’ part came about under rather sporty circumstances. “Mi mother was a higgler, and she used to go foreign regular and buy up bear name brand tings, so me always get the one or two shoes weh too small,” he says. “One day mi go play football in a Travel-Fox shoes, neva know sey it was name brand. So one girl sey, ‘How dah bwoy deh a play inna Travel-Fox? A wah dem call him?’ Somebody tell her Cat, so the girl sey, ‘Eeh, dat mus be a Fancy Cat.’”

So there you have it. It really is true: nicknames often tend to be derived from the strangest circumstances, and especially the ones that stick for a lifetime.