THE MEANING OF MENOU: The über-busy actor stretches out in 2011 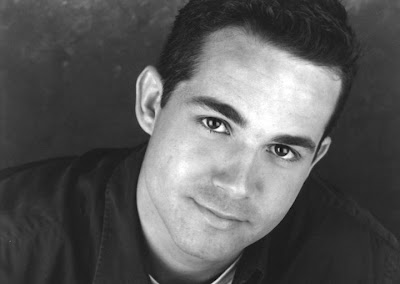 TAKING THE LEAD: "It’s something I’ve always wanted to do."

With starring roles in three radically different stage projects this year: the relationship dramedy Confessions, the blockbuster musical Acts of the Apostles, and Basil Dawkins’ upcoming drama Where Is My Father?, Jean-Paul Menou proves why he is one of theatre’s most versatile and distinctive talents. It was a thrill to see him deliver with such power and pathos this year, but with Louis Marriott’s Bedward and the short film Red Amber Green on the horizon, the actor appears poised to marvel audiences anew in 2012. He speaks with TALLAWAH:

TALLAWAH: In Acts of the Apostles, you almost steal the show from right under your co-stars. How did you land that role with Father HoLung and Friends?
Menou: My girlfriend was doing the show, and she suggested that I get involved with it as well. The director knew me through Schools’ Challenge Quiz, so I didn’t have to audition, and then they extended the role a little bit. So I was happy to be a part of it.

TALLAWAH: Your latest play, Where Is My Father?, opens this week. What’s the basic gist of the story?
Menou: It’s about a young lady who has been raped and is searching for her attacker, but he has skipped town and is now hiding in the States. The guy’s father is this really evil lawyer, played by me, who is trying to get the girl knocked off. It sounds very serious, but there is a lot of humour in the story.

TALLAWAH: Your appearance in the trailer for Chris Byfield’s soon-to-be-released short film Red Amber Green was rather unexpected. How did your involvement with that project come about?
Menou: I had met Byfield sometime ago, and he later contacted me on Facebook saying he was doing the film and was wondering if I could be a part of it. It’s a nice little work. I like his energy and his vibe. I’m really encouraged when young people move in the direction of film because the industry needs it.

TALLAWAH: And you also happen to be a quizmaster on Schools’ Challenge Quiz!
Menou: It’s a dream come true because it’s something I’ve always wanted to do. So when I heard about the auditions I went for the job. But it took a little bit of convincing for them to choose me. I have always wanted to host a game show. It’s entertaining and it doesn’t touch on any controversy. For the upcoming season of [SCQ], they’ve revamped the set, so it’s got more of a game-show vibe now.

TALLAWAH: 2012 promises to be a big year for Jamaicans. What are you most looking forward to?
Menou: Next year, I’m looking forward to travelling. I haven’t done much travelling in a while. I have a sister living in Bangkok who works for the French government, and I hope to visit her before she is moved somewhere else.