OLIVE SENIOR at UWI: The iconic author dances on the page with debut novel 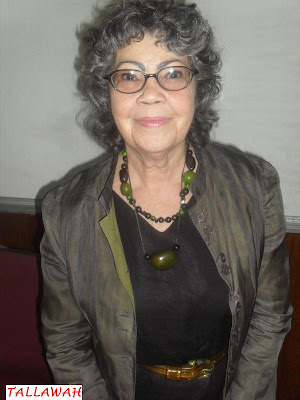 QUEEN OLIVE: The author at the launch of her novel, Dancing Lessons.

A cultural force, literary darling and adventurer, Olive Senior embodies the sort of iconic cool one should aspire to. Warm and immediately disarming, Senior had us in her thrall on Sunday morning inside the Neville Hall Lecture Theatre (UWI Mona), where she read excerpts and shared delightful anecdotes about the genesis of her new book, Dancing Lessons, which also happens to be her first novel-length work of fiction.

Perhaps it’s on account of the fact that she’s a writer of such high standing, but it feels odd to refer to Olive Senior’s latest effort as a first anything. Still, although Dancing Lessons is her 13th book, it’s the first novel she’s ever penned and released. “It would seem that you haven’t written anything until you have written a novel,” the Canada-based author quipped at the podium, looking stately behind her pair of specs framed by a head of lovely gray and white curls. “People are always saying to me ‘…But when are you going to write a novel. So I'm really really moved by having you all here, sharing with me”

An acclaimed poet and winner of the Commonwealth Writers’ Prize for the story collection Summer Lightning, Senior has finally ticked that box on her list, and if the significant pronouncement by UWI’s Dr. Michael Bucknor is anything to go by, Dancing Lessons finds Senior at the height of her creative powers. “Again she privileges rural settings and immerses us so easily into the milieu of that world,” Bucknor reported in his introduction, while noting how the storytelling is intricately spun with a mix of poignancy and wit.

Among the assumptions surrounding the novel Senior is quick to refute: in no way is it autobiographical. She reveals, instead, that the novel was initially supposed to be another collection of stories, but the central character simply commanded an entire book of her own.

Centred on Miss Gee, a geriatric deposited at a retirement home by her daughter in the wake of a hurricane, Dancing Lessons is also a tale of fractured relationships featuring a narrative that draws heavily on the flashback technique, even as it maintains Senior’s penchant for bringing extraordinary craft to prose that continually pleasures her readers. Above all, according to the author, Dancing Lessons is as a metaphor for human existence. “It’s really about the dance of life,” she says, “and to do the dance of life you have to learn to dance in-step with other people."

Senior, who will remain in the island over the holidays, will conduct a writing workshop on the Mona Campus this Saturday. Her next work, Birthday Suit, is a children's picture book about a young boy who refuses to wear clothes.