ON THE MOVE: Kevoy Burton graduates to the master class in latest role 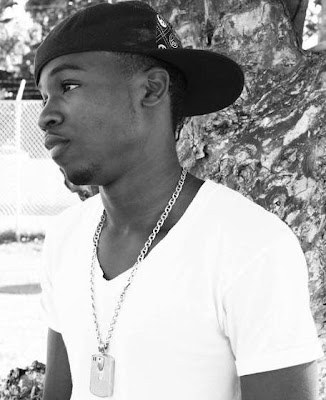 IN PROFILE: Life is great for the rising young actor.

Making his first major leap into the big leagues of Jamaican theatre, Kevoy Burton (Ghett’a Life) joins the starry cast of Dahlia Harris’ Back A Yaad, intent on cementing his golden-boy meets one-to-watch status. The 19-year-old rang up TALLAWAH to talk college life, his most memorable year yet, and being a Twilight newbie.

TALLAWAH: The concept of struggle is something you grapple with in both Ghett’a Life and the new play Back A Yaad. How challenging is it to make the feeling of hardship palpable and authentic?
Burton: It’s not a challenge for me really. The thing is that it gives me a chance to try different things with my character. In Ghett’a Life, I played Derek, a very defiant young man. But in Back A Yaad, the character is not as defiant. He has the task of protecting his mother, who is a mad woman, and that is different for me.

TALLAWAH: You commenced tertiary studies at NCU this past September. How have you been finding college life?
Burton: It’s awesome. I get to live away from my parents for the first time (Laughs). I’m not saying that that’s the best thing, but it gives you a sense of independence and you have to learn to survive on your own. And it’s a very different experience from high school. For my degree, I’m studying Mass Communications, majoring in television.

TALLAWAH: 2011 was such a breakout year for you in many respects. What was the best part of the year?
Burton: I would say July, when I was preparing for the release of Ghett’a Life. [Doing the movie] was for me, my greatest achievement yet. So on July 27, when I took that walk down the red carpet, it was an incredible feeling.

TALLAWAH: Any plans to surprise yourself even more in 2012?
Burton: Yes, I keep saying that 2012 will be my year. I actually have a few projects lined up already. I’ll be doing a short film for a festival that will be held at NCU in April, and [the TV series] Kingston House will be premiering in mid-January. Plus, Dahlia’s show will be running for a while so I have a lot to look forward to.

TALLAWAH: Besides Ghett’a Life, what was the best film you saw in 2011?
Burton: I’d probably say the latest Twilight movie. It was my first time seeing a Twilight movie on the big screen. My ex-girlfriend always wanted me to watch it, so she suggested that we go. It’s actually a very good movie.