ON THE VERGE: Get in the groove with R&B newbie Luke James 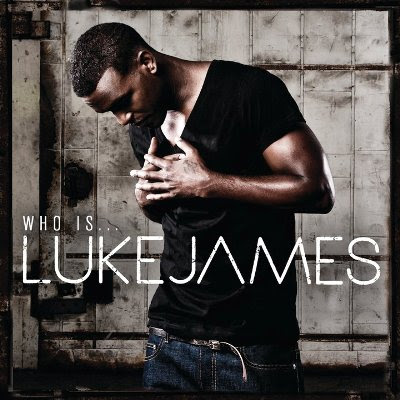 Citing such tapped-for-greatness talents as Frank Ocean and Miguel among the contemporary entertainers he’s feeling, R&B newcomer Luke James has himself left quite an impression on industry heavy-hitters. Already he’s been professionally linked with Beyoncé and Kelly Rowland and Estelle, even appearing in Beyoncé’s pompous “Run the World” clip. The soon-to-be-30 year-old singer-songwriter has also paid his dues behind the scenes, penning hits for the likes of Keri Hilson, Justin Bieber, and Chris Brown (“Crawl”).

As a teaser for his upcoming debut CD (via Island Def Jam), slated for sometime in 2012, the talented New Orleans native recently put out #LUKE, a solid mixtape of nine tracks that melds catchy R&B hooks with tuneful dance-pop and slight hip-hop sensibilities with study beats. What emerges most is a compelling mashup of styles in the tradition of Usher and Trey.

Although mid-tempo cuts like “Made to Love” and “Soldier” are gorgeous accounts of intimacy and pleasure, dancefloor sizzlers “Powerless” and “Guilty Pleasure” possess real anthemic potential. Still, best of all, is the slow-burning “I Want You,” where James shows off a falsetto so unusually luscious it stops you dead in your tracks.

Email ThisBlogThis!Share to TwitterShare to FacebookShare to Pinterest
Labels: Hot Downloads, New Music, Ones To Watch