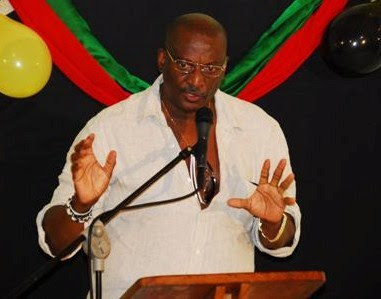 MAN OF THE HOUR: “The culture is so vibrant that if you get static you lose touch with the audience,” observes Brown.

Preternaturally prolific is perhaps the most appropriate description to draw on when referring to Patrick Brown. With his eclectic and extensively rich body of work that spans some two decades, the playwright/screenwriter/director has seemingly perfected a hypnotic formula for getting local theatregoers to flock to Centrestage whenever one of his plays is doing business in city Kingston.

This year, however, it would appear that Brown topped even his own expectations, judging by the incredible success of his newest work, Charlie’s Angels, the awards-contending revenge saga that just wrapped an overextended run. Following repeated public demand, the production, which opened in July, had to be held over twice. Undoubtedly one of the year’s best stage productions – full of stellar acting and Brown’s trademark wit – Charlie’s Angels finds the writer-director making a terrific addition to his laudable canon.

Now, Brown is getting set to reacquaint audiences with one of his all-time funniest satires, the award-winning Breadfruit Kingdom, which first graced the stage some ten years ago to critical acclaim. Dealing with themes of family dynamics and politics, Brown says the play [the revival opens Boxing Day] has lost none of its relevance or power, especially with Jamaica about to plunge headfirst into the political silly season. “Breadfruit Kingdom is still a very topical political satire, and you have to admit that nothing is more topical now in Jamaica than politics,” Brown observes. “All of the issues that the play looks at are still relevant. It is even more relevant at this point in our political history when we are turning 50 as an independent nation.”

Still, in a bid to make the story even more relatable to today’s generation, the script was given the necessary minor surgery. “Of course it has gone through some updating and revamping,” Brown tells TALLAWAH. “Everything I remount I update because the Jamaican culture is so vibrant that if you get static you lose touch with the audience.”

For a scribe who has given life to dozens of stories (predominantly comedy-dramas) over the course of his lengthy writing career, Brown finds it unsurprisingly difficult to choose a single favourite. “I like the all scripts but not necessarily all the productions,” he admits. “I am fine with the scripts because I don’t expose my children to the world unless they are well brought-up with table manners. The [final] script has to be something I am comfortable with.”

For all his success and ongoing quest to provide Jamaicans with a reason to head out to the theatre, one thing is clear: the subject of writing is never far from Patrick Brown’s mind. “In Jamaica, there are always issues to consider. So I don’t understand how people want to write but have nothing to say,” he asserts. “[You] shouldn’t be writing unless you have something to say.”