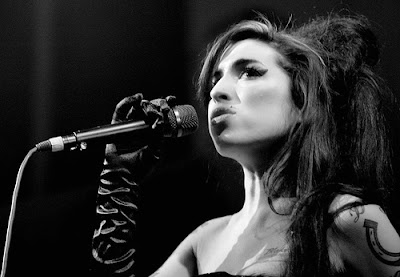 
What did you expect? Lioness: Hidden Treasures is quintessential Amy Winehouse. Overflowing with bebop, neo-soul, blues, R&B, Motown and traces of other styles, the posthumous album delivers the sort of timeless, gem-precious sound we’ve grown accustomed to from the British siren, whose tragically short career ended at 27 this past July. Above all else, Lioness is full of the joy and pain and incredible gusto that defined Winehouse’s brief, tumultuous years.

Encompassing recordings that were completed before her first album, 2002’s Frank, to material Winehouse was busy working on prior to her death, Lioness (Island Records) is essentially a compilation of previously unreleased original tracks and covers, as well as demos hand-picked by producers Mark Ronson and Salaam Remi. 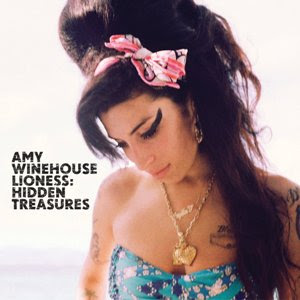 Fans might be pleased to hear the alternate, sparingly arranged versions of “Tears Dry on Their Own” and “Wake up Alone,” which both appeared on 2006’s Back to Black, her multi-Grammy-winning sophomore set. Winehouse is at her plaintive best, though, on the stunning Motown-esque “Between the Cheats,” complete with a bluesy all-male backing chorus. Sublime opener “Our Day Will Come” is pristine throwback soul, while the standard number “The Girl from Ipanema” gets a jazz-funk reincarnation.

But Lioness just wouldn’t be a proper Amy Winehouse record without a couple or more tracks steeped in heartache, a theme that the British female contingent (Winehouse, Adele, Duffy, et al) seem to consistently explore with rigour, conviction and depth. The soundly written “Halftime” and “Best Friends, Right?” continue that tradition, even if they don’t match the brilliance of such Winehouse slam-dunks as “You Know I’m No Good” and “Love is a Losing Game.”

The 12-track album bears a curious guest in rapper Nas, who lends characteristically sturdy rhymes to “Like Smoke,” which wouldn’t be out of place on Sunday evening radio. Then there’s the fabulous duet “Body and Soul,” with legendary swingman Tony Bennett, which is best described as a slice of nostalgic, wine-soaked heaven. Tyrone’s Verdict: B+