STORMING THE BOARDS: Local theatre rolls out the big guns 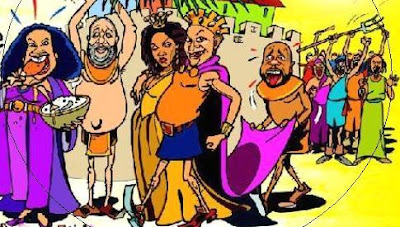 Madness, matrimony, politics, sex abuse, heartache and love in all its guises. Kingston’s vibrant theatre scene has practically every inch of the spectrum covered this week, as new productions line up for that traditional final sprint towards awards season, while charming the socks off patrons.

Over at New Kingston’s Centrestage, the Jambiz crew promises a hearty blend of wit and wisdom with their remounting of Patrick Brown’s Breadfruit Kingdom, starring Glen Campbell, Camille Davis, Volier Johnson, Teisha Duncan and Courtney Wilson. A few blocks away, DMH Productions’ Back A Yaad explores mental illness, poverty and national pride with a cast of experience and youth that includes Deon Silvera, Dahlia Harris, Chris McFarlane and Akeem Mignott, who alternates with Kevoy Burton.

At the Stages Theatreplex on Knutsford Boulevard, Delcita and Shebada and a bunch of colourful supporting characters mix politics and comedy in The Politicians, while Oliver Samuels leads a spirited family revolution in Who Ah Di Don?

Still on the ubiquitous theme of family, Nadia Khan and Clive Duncan are set to return to the stage in the domestic saga Bittersweet Love, playing at Green Gables, while Jean-Paul Menou and Nadean Rawlins are the big names now attached to Basil Dawkins’ meditation on rape and justice, Where Is My Father? (Little Little Theatre), which also stars Rodney Campbell, Lisa Williams and Julene Robinson.

And, of course, the National LTM Pantomime (Anansi and Ram Goat Soup), that indelible staple of Jamaican culture, will have its customary premiere on Boxing Day at the Little Theatre. 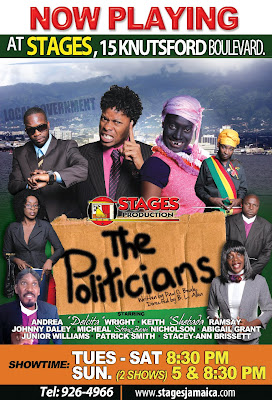