WATCH ME NOW: Trudy Bell living it up on Joint Tenants 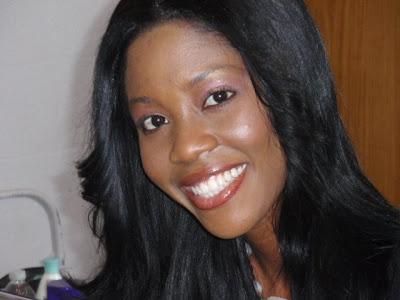 In an age of truly terrific young actresses (Camille Davis, Sakina Deer, Lisa Williams), Trudy Bell continues to dazzle in her quicksilver ascent to popularity, a fresh face intent on bringing something new to the landscape. Whether keeping pace with seasoned stage pros Michael Nicholson and Paul Beale in Adopted Child or swapping lines with the likes of Andrea ‘Delcita’ Wright (Over Mi Dead Body), Bell emerges as a compelling presence and more than holds her own. It would seem that part of the thrill lay in the fact that for a relative newcomer to the biz she already exudes the air of a prolific artist.

As one of the stars of the new CVM dramedy series Joint Tenants (from Beale's Pragmatic Productions), Bell is a delight to watch as she holds court as a strong-willed 17-year-old sixth-former, the youngest dweller in a house of eclectic tenants. It’s a part the actress revels in, as she gets to demonstrate a mixture of tenacity and strong sense of self. “Melcita is just an intelligent person, but she’s not a walkover,” Bell says. “The show has character named Mr. Paper who goes out of his way to be antagonistic, so she has to be strong. We’re living in a four-bedroom house, and I am the student from the country who is attending school in Kingston. So I am basically the child. But if they think they can provoke me they are sadly mistaken. I like that Melcita stands her ground.”

Determination is a quality that comes quite naturally to Bell, who considers acting more a deeply enjoyable art than a daunting career choice. “I love acting, so it’s no challenge,” she tells TALLAWAH. For the 25-year-old, taking on a role usually requires some research. Not so much this go-round. “I have it easier than the rest [of the cast], because I understand the character perfectly,” says Bell. “It’s basically the same character I played in Over Mi Dead Body.”

Enrolled as a Management Studies major at UWI Mona, Bell hopes to complete her undergraduate degree over the course of 2012. “Currently, I am in my final year, and I really want to finish up the degree,” she says, sounding optimistic at the prospect. “This summer I was supposed to get a few of the courses done but that didn’t happen because I was touring. So I have my work cut out for me.”

When I broach the topic of dating, Bell hastily admits that whenever she sets foot in the world of relationships she employs a sense of heightened vigilance. “I dated a lot when I was I younger,” she reveals. “This is a good thing because it gives you an idea of the different types of personalities out there. So when it comes to something serious, nobody can take you for a fool.” In Bell’s book, casual flings are a huge no-no. “I don’t believe in casual relationships and casual sex,” she asserts. “I strongly believe in getting to know the person before we start any intimacy.”

> On Voting: “I’m a bit indifferent about politics. You can see where the corruption goes from one [ruling] party to the next. I had actually planned to vote in the last Elections but didn’t follow through.”

> Scariest film ever: “Child’s Play. I don’t scare easily, but when I was smaller that was a movie I saw and later had a nightmare about. I think I jumped out of my sleep.” 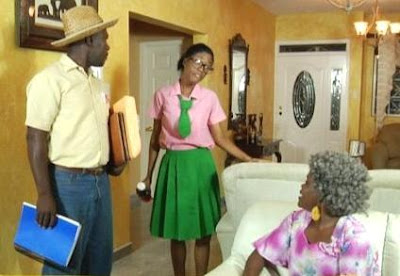 UNDER ONE ROOF: Bell (centre), with Clive Duncan and Belinda Reid in Joint Tenants.

Email ThisBlogThis!Share to TwitterShare to FacebookShare to Pinterest
Labels: Jamaican TV, Ones To Watch, TALLAWAH Exclusive