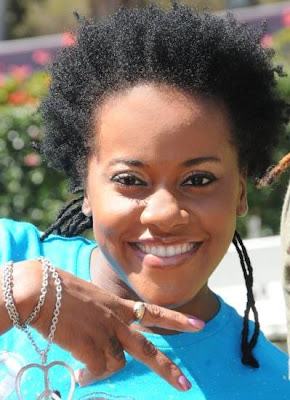 THAT'S THE SPIRIT: Etana reflects on 2011 and looks ahead.

Any listing of the most in-demand reggae stars of 2011 must include Etana. From selling out overseas concerts and continent-hopping (Europe, Asia, South America…) with her band in tow to giving sensational performances at home and across the region, it was absolutely Etana’s year to shine.

And gleam she did, including her most recent brilliant performance on home soil at Boxing Day’s star-studded Sting extravaganza at Jamworld in Portmore. “The vibe was wicked,” she says of Monday night’s performance, speaking with TALLAWAH by phone. “We had some issues with the band, but we worked it out. So overall it was good.”

For a top-rated entertainer (and occasional diva to boot) who has been doing her royal thing for years, Etana is used to excelling on stage – and in life – in spite of hurdles. Take her hectic touring schedule these past couple months, for instance. “Some of it was rough, like the travelling and the weather,” she confesses. “It got extremely cold in Europe, and being on the road is not easy.”

Even so, nothing could deter the deeply committed singer, known for giving her all with the mic in hand, from putting on a good show and pleasing the hundreds of concertgoers who came out to see her. “All the shows were full and well-received,” Etana says of the tour, which took her across the European mainland and for a two-week stint in Japan.

Etana admits that she can still be surprised by her fans’ depth of knowledge of her body of work. “They know all the songs, even the ones that aren’t on the albums! And they bring their own albums to have them signed. It was amazing and so surprising to me.”

The New Year will no doubt bring its share of fresh surprises. But if there’s one primary goal Etana has set her sights on it’s delivering a third album that she hopes will explore her fascination with ska and other vintage sounds while staying true to her approach to self-expression. And though her label isn’t too keen on putting out another Etana album before next fall, the singer is adamant that the material she has in mind is distinct from anything fans have heard from her in the past. “The third album will certainly be different from the others,” she stresses. “So I’m hoping it will be out before the end of next summer.”

By all accounts, much of that incredible sense of conviction in her work translates to the rest of Etana’s life as a sister, daughter, friend and super-wife. For one, she believes strongly in giving back to her community and country. Scheduled to grace the stage at two of Jamaica’s biggest events next month – the Jazz & Blues Festival and the earlier Shaggy and Friends charity concert – gives the songbird an indescribable feeling.

“It’s always good to give back,” she says. “I’m always away, so if I can get to perform at an event like the Shaggy concert, it’s a great opportunity for me to give something back to my country.”