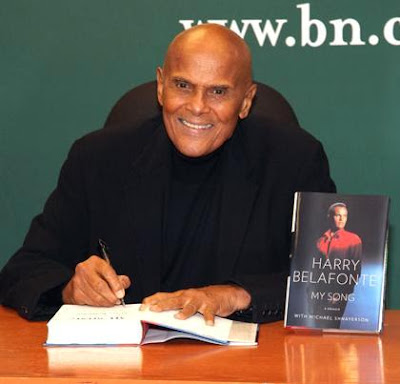 HARRY'S STORY: Belafonte to be interviewed for OnePeople documentary.
The keenly awaited OnePeople documentary is increasingly becoming the screen event of the year. Diligent producers Justine Henzell and Zachary Harding have kicked things into a whole new gear by adding a range of fresh global features, including the Motherland, to give the finished product greater dimension and add to the range of voices.Henzell, speaking over the phone with TALLAWAH, also disclosed that the original Jan. 6 deadline for public submissions has been changed to allow more people to get their footage in. “We decided to move [the date] to Bob Marley’s birthday, February 6, because we thought that in a way that would be significant to what we are doing.”The full-length documentary, being crafted to coincide with this year’s celebrations of Jamaica 50, aims to explore the country’s global reach after half-a-century. It will get an official world premiere this August. 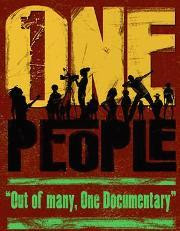 Meanwhile, among its many new facets, OnePeople will showcase interviews “with Jamaicans who have excelled in the Diaspora,” explains Henzell.So far the lot includes essayist Malcolm Gladwell; British MP Diane Abbott; Christopher John Farley of the Wall Street Journal; Rev. Rose Hudson at the House of Commons; Courtenay Griffiths Q.C.; Peter B. Henry, who is Dean of the NYU Stern School of Business; Trevor Williams, the lead economist at Lloyds in London; Sir William Atkinson in London; renowned jazz pianist Monty Alexander; composer Shirley Thompson; the Jamaican Maurice Ashley, who holds the distinction of being the first black man in the world to become a Chess International Grandmaster; the poet Elizabeth Alexander, and many others.Up next, the renowned Harry Belafonte will be interviewed in New York on Jan 30, while financier Michael Lee Chin will grant a sit-down interview on January 25 here in Kingston.
STORY: OnePeople doc to explore Jamaica’s impact after 50 years