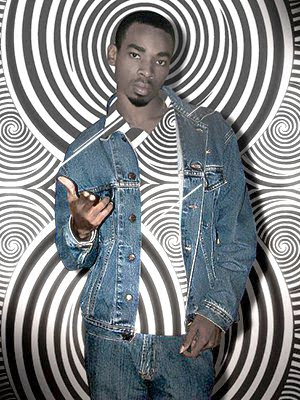 IN THE SPIN: “I want to dominate the whole year,” says Chung.
If you’re among the viewers struck by the often graphic depiction of violence in Reinardo Chung’s animated videos, the fast-rising filmmaker will be quick to tell you that the bluntness of the scenarios he devises isn’t purely gratuitous. As Chung explains, he’s simply tapping into subjects that his predominantly young Jamaican audience finds appealing. “It mainly has to do with our youth culture, and youths tend to gravitate towards films that have excitement and action,” the ingenious 28-year-old tells TALLAWAH. “So for me it’s more of an exciting thing to do.”By all accounts, people are excited by the fascinating work Chung has been doing in the world of animation since he began taking his passion for computers more seriously some three years ago. Today, the ambitious self-taught multimedia artist, who goes by the moniker Mental Chung, is busy taking the viral world by storm. His animated videos, including the clever and criminally funny Dutty Bwoy series, have been gaining increasing popularity in Cyberspace, but especially on YouTube and Facebook where thousands have watched and commented.His most recent release, centred on a verbal-turned-physical confrontation between dancehall kingpins Bounty Killer and Beenie Man, quickly went viral last month and even found its way to widely-watched televised entertainment programmes like Entertainment Report. “The response has been overwhelming,” the St. Ann native confesses. “I didn’t expect it to reach that far so quickly, but I am grateful for the support.”More important, Chung’s efforts have not gone unrecognized. At the 2011 Reggae Film Festival, he copped the coveted Animation award for his first short feature Bad Influence, which TALLAWAH called “intensely thrilling” and “a testament to the assuredness of Chung’s art.” Expectedly, the filmmaker plans to kick things into overdrive in 2012, while building on his up-from-nowhere success. “I want to dominate the whole year and take my work internationally, and just continue to do what I am doing. I plan to showcase even more this year.”Ultimately, Chung sees himself evolving into a full-fledged director bringing Jamaican stories to vivid life. “I want to go into film direction because storytelling is something I am interested in,” says Chung, who names The Harder They Come and Shottas among the Jamaican films he has high regard for. “I believe I can tell stories in a dynamic way.” If his efforts so far are any indication, Chung has what it takes to become the next big thing.