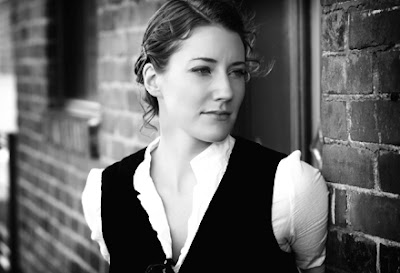 OFF THE WALL: Edwards addresses loss and longing on new album.
There is a certain plaintiveness and warmth in the work of Norah Jones and Joni Mitchell that evokes balmy afternoons as it works its way under your skin. Lyrical and magically moving, the music positively haunts you. Like Jones and Mitchell, Canadian siren Kathleen Edwards is possessed of a bewitching voice and a mesmerizing aura that extends to her just-released new album, Voyageur. Full of tranquility and artistically spare instrumentation, the music transports you to some whimsical realm where a river refreshes the landscape.From such sultry mid-tempo cocktails like opener “Empty Threat,” about moving to America, to 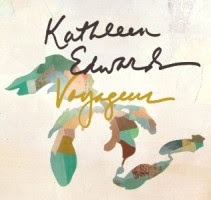 slow-burning flames like “House Full of Empty Rooms” and “Pink Champagne,” these are brilliant songs that wouldn’t be out of place on a record from Alison Kraus – to name-drop another incredible high priestess of indie resonance. At just 10 tracks, Voyageur boasts a dreamy combination of twangy pop, fantastical folk and stirring alternative country, with just the right hints of naked music.As evidenced by the mesmeric, absolutely transcendent words and melodies she employs in composing songs like “Mint,” ultimately elevating them to genuine works of art, Edwards, 33, is a poetess of high standing. Dealing with subjects as readily identifiable as love, remorse, and yearning, this emotional collection finds her at her most alluring, while bearing irrefutable evidence that Kathleen Edwards is a remarkable talent who deserves to be better known. Moody and magical, Voyageur is a memorable trip to bountiful. Tyrone’s Verdict: A-