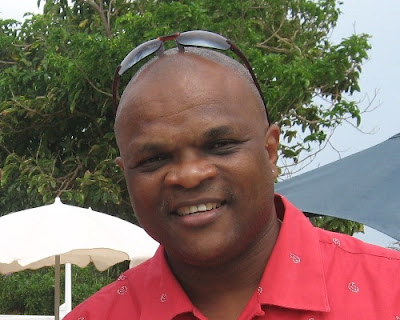 FLIPPING THE SCRIPT: Aston Cooke back on the literary scene.
After a lengthy self-imposed hiatus, award-winning playwright Aston Cooke is back. The writer behind such comedic stage classics as Jamaica 2 Rahtid and Single Entry is among the creative minds headlining next month's Talking Trees Literary Fiesta in Treasure Beach. According to organizers, Cooke will be giving festivalgoers a first taste of a new production (title and other details to be revealed anon) that he expressly wrote in time for Jamaica 50.Also appearing at the fest this year: Easton Lee, Michael Abrahams, Malachi Smith, Christine Craig, Kalilah Enriquez, folklorist Fern Luecke, novelist Melanie Schwapp and non-fiction writers Fabian Thomas and Mark Thomas.A panel discussion will focus on the art of writing for children. The second staging of Talking Trees, set for Feb. 25 on the grounds of the Two Seasons Guest House, forms part of the Treasure Beach Culturefest 2012, a special celebration for Black History Month and Jamaica’s Golden Jubilee.